​David Moyes is set to bring Stuart Pearce with him to West Ham once he is re-appointed in the coming days.

Moyes is tipped to serve his second spell as Hammers boss following the dismissal of Manuel Pellegrini on Saturday evening, and it is believed his first action as manager will be to bring Pearce in alongside him.

According to ​The Mirror, the pair will return to the London Stadium after leaving in May 2018, having only joined the club in November of the previous year. 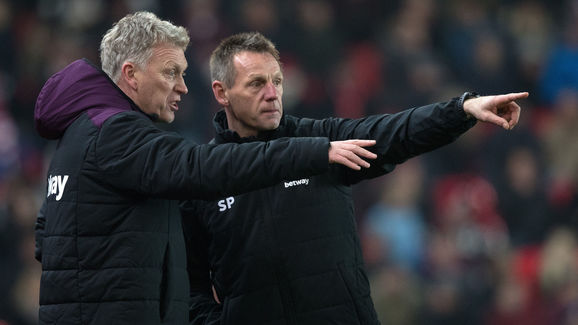 Moyes and Pearce have been out of work since leaving the Irons, a club where the latter played for two years and one that Pearce still speaks highly of as a pundit.

The 57-year-old is expected to be the first member of Moyes' backroom staff to be announced, with Alan Irvine also potentially being brought in by the Scottish manager.

Moyes had also been linked to another of his former clubs ​Everton before their appointment of Carlo Ancelotti, something that was met with dread among fans at Goodison Park. Meanwhile, we are yet to see the reaction to the potential appointment of Moyes at the London Stadium. Taking over at ​West Ham will not be easy for the former Manchester United manager, with the club sat in 17th, just a point above the drop. Pellegrini's failure to turn things around for the Hammers eventually cost him job, with the most recent 2-1 defeat to a weakened Leicester side proving too much to bear.

The club have won just two of their last 13 ​Premier League matches, both of which were narrow 1-0 away victories. As a result, Pellegrini was sacked having been in charge of the club since Moyes left less than two years ago.

Moyes and Pearce will be hoping they can change the fortunes of their former club with games against Bournemouth, Sheffield United and, rather fittingly, Everton in their next three league outings.