Former West Ham manager Manuel Pellegrini has claimed the poor performances of stand-in goalkeeper Roberto contributed to the side's bad form towards the end of his tenure in east London.

An injury to Lukasz Fabianski fast-tracked the summer signing into the starting lineup, but the Spaniard made a number of errors during his eight Premier League appearances and was labeled by some fans as one of the Hammers' worst ever signings. According to 66-year-old Pellegrini, who has also managed Real Madrid and Manchester City during his storied career, Roberto's performances caused a momentum shift at the club which they couldn't reverse.

Speaking to Spanish outlet La Tercera, Pellegrini said: “Unfortunately, we had a major injury, from the goalkeeper, of four months. And the performance of the reserve wasn’t as expected.

“He had responsibility for several goals. The team was losing confidence, the results were denied and the owners decided to change."

Roberto's performances were well below ​Premier League quality and he failed to keep a clean sheet in his eight appearances, regularly coughing up chances to opposition teams with clangers against ​Tottenham and Burnley among his more memorable mistakes.

The impression Roberto made during his time in east London was so poor that he has since been shipped away on loan to Alaves, with the Hammers signing Darren Randolph from Middlesbrough to act as their new second choice goalie. 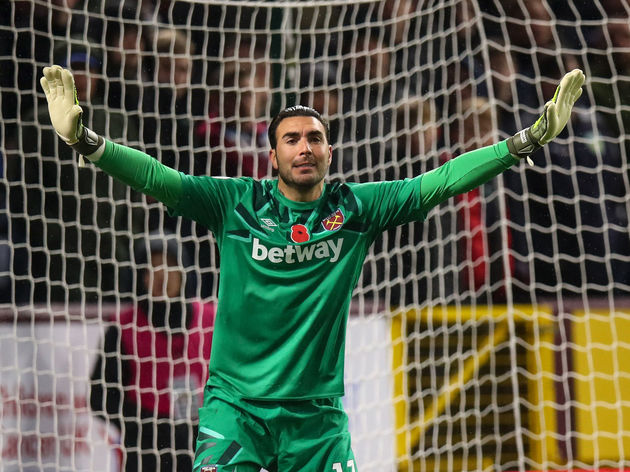 The good news for ​West Ham fans is that Fabianski has recently returned to the starting XI. The Pole is regularly regarded as one of the Stratford side's best players season upon season, though his return to action in the 3-3 draw with ​Brighton on Saturday was far from ideal.

Fabianski punched a cross into Angelo Ogbonna for the Seagulls' first before he was left high and dry by his dithering central defenders as Pascal Gross capitalised on the uncertainty to score the Seagulls' second. Glenn Murray would later tie the score at 3-3.