​West Ham manager Manuel Pellegrini has criticised the number of fouls that his former side Manchester City committed during their clash at London Stadium.

Raheem Sterling scored a hat-trick as City went on to register a 5-0 win on the opening weekend of the new season, catapulting them about Liverpool to the top of the Premier League table.

But West Ham's Pellegrini believes that Manchester City had some dirty tactics in east London on Saturday, claiming that the Hammers couldn't build up any momentum in attack as his side were persistently fouled in the final third. 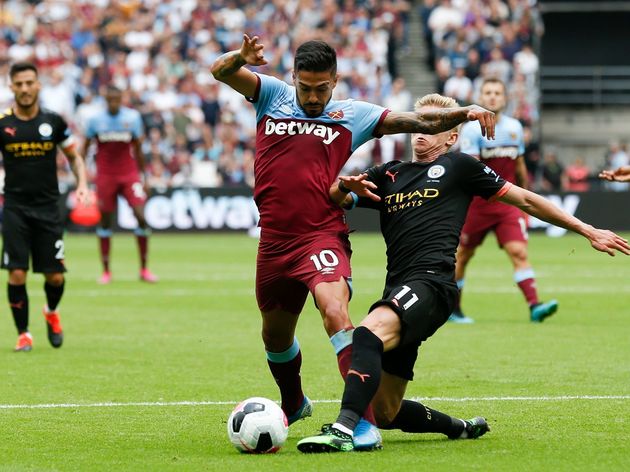 "Every time we tried to arrive in their box they committed fouls. We were innocent in that regard," Pellegrini said, quoted by The Guardian.

"If you review the game that is why we didn’t create too many chances in the first half. All our offensive moments of attacking ended in a foul. You can look at the statistics. They committed 13 fouls, we committed five. But that wasn’t the reason why we lost."

West Ham went into half-time with their heads held high after a strong opening 45 minutes, even though Gabriel Jesus' first-half strike ensured that City had the slight edge before the break.

A dominant performance from Sterling and co as City already look unstoppable in defence of their title!#WHUMCI pic.twitter.com/UignU8MLSq

But the reigning Premier League champions were rampant after the restart, with substitute Sergio Aguero getting his name up in lights from the penalty spot in between Sterling's second and third goals.

Chances did come for the hosts too, but neither Javier Hernández or Manuel Lanzini could find a way past Manchester City goalkeeper Ederson.