​'Playing behind closed doors', a hot-topic phrase that poses many unanswered questions and sends waves of hesitancy throughout the footballing world.

Will the home team lose their advantage? Will the referee make better decisions? Will players develop a sense of newfound freedom, or be lost in the silence? Why does it sound so eerie?

Something doesn't quite sit right when watching top-level athletes kick a ball around an echoey stadium. It feels like you're watching your mates at the local ground, when clubs rent the pitch out before their pre-season begins.

Anyway, it's probably a good idea to get you used to the idea of football without fans being able to head it back from row Z with a pie in their hand. It may well become the norm for the short-term anyway...

Here are six famous matches that have been played behind closed doors and how the lack of fans affected the occasion... If you ever have the slightest inclination towards football without fans, I urge you to remember this game.

No fans, no goals, no point. Well, one point apiece.

A Croatia groundsman's disturbing decision to shape a swastika into the grass prior to a game against Italy meant England would be playing their 998th senior game with no supporters for the first time ever. Probably the only memorable fact of the night.

Although, I guess the player's shouts of 'MAN ONNNN" echoing around the empty seats mirroring the stormy autumn waves bouncing off the rocks of the

Real Madrid's B team making it all the way to the Copa Del Rey final and losing 6-1 against their own A team in 1980 is bizarre enough.

At the height of hooliganism, UEFA forced West Ham to close their stadium to fans due to crowd trouble in the away end. Upton Park forced to house a European night to empty terraces. The Hammers didn't seem to notice though as they netted five.

The official attendance that night, which is still out on its own as West Ham's lowest, was 262. And two of them were the ballboys behind the goals doing shuttles for 90 minutes. Playing in a vacant 105,000-capacity stadium must be a surreal feeling, maybe even more so than playing in front of 105,000 people. Kind of like real-life Subbuteo.

Due to the H1N1 swine flu outbreak that swept through Mexico, the penultimate round of fixtures had to be played to a selection of staff and cameramen. A wise move indeed. 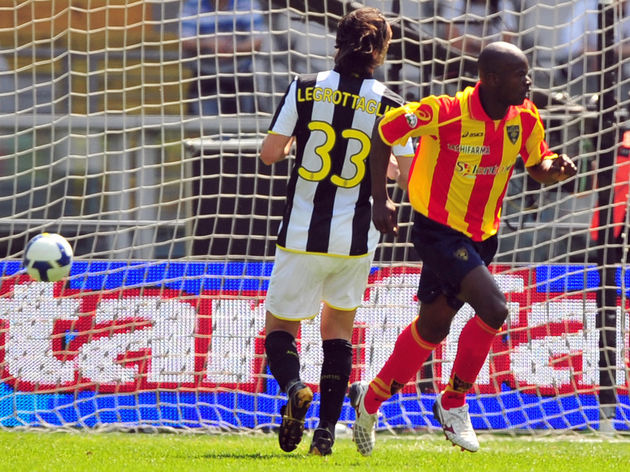 Italian football and its scandals, eh?

When a young Mario Balotelli was racially abused by Juventus fans while at Inter, I Bianconeri

Gianluigi Buffon might've thanked the Italian football federation to be honest. There was nobody in the stand to see his howler gift Lecce an equaliser.

Setting off flares during their Borussia Moenchengladbach game earned the Turks a game in front of four empty stands and silence was golden. Well, until flares being parachuted from outside the ground started landing on the pitch.

One minute you're knocking the ball out to your left winger, the next minute it's raining apocalyptic red fire.

Watching Lionel Messi, Luis Suarez et al close up without fans is a jarring experience. It's like the highest quality Sunday league football you are ever likely to see.

Barça's 2017 win over Las Palmas was played behind closed doors after clashes in the city over Catalonia's controversial independence vote.