West Ham have been a staple of the footballing world for over 125 years now, bringing joy - and a barrel load of tears to the folk of east London.

The Hammers were formerly known as Thames Ironworks, but renamed at the beginning of the 20th Century - a name that they have stuck with ever since.

The club is associated with tradition, loyalty and commitment, and boasts a fanbase who will stick with them through thick and (a lot of) thin. But how would you define West Ham if somebody asked you to do an A-Z of the club?

​A for Alan Devonshire Unfortunately, I wasn't around to see Alan Devonshire donning West Ham colours. But from what I hear, what I've seen and what I've read, he was really bloody good.

He's also fiercely loyal to the club, and that's why we love him.

B is for Billy Bonds

Speaking of love, here's another man who I, and you, hold in the highest esteem, though my memories are of a short spell as manager in the early 1990s.

But prior to that, Billy Bonds was Mr West Ham on the field - turning out a record 799 times for the club, 663 of those appearances in the league. He was everything you'd want in a leader and was a shining example to all around him.

He now has a stand named after him.

Way before my time, West Ham actually knew what it was like to win things. Okay, the First Divison/Premier League title has always evaded us, but we have tasted success in the cups.

Perhaps our greatest accolade to date is scooping the 1964/65 European Cup Winners Cup, thanks to Alan Sealey's quickfire brace against 1860 Munich. Turns out, Harry was actually a genius - and so was Paolo. A mercurial, almost unmanageable talent, Di Canio was capable of anything and lit up east London for four years until the Hammers' untimely relegation.

The best I've seen (in my 32 years and counting) to date.

E is for Matthew Etherington

Flying down the wing, whipping in low crosses with pace and running at the full-back at every opportunity - fond, fond memories of Matthew Etherington.

There have probably been more talented players for West Ham, but few gave as much as consistently as Ethers did.

Ahhh, back to the subject of cup success - FA to be specific. The amount of times West Ham have lifted the dear old thing? Three - in 1964, 1975 and 1980, when as plucky underdogs we defeated Arsenal, a division above at the time.

G is for Green Street Walking down Green Street with my dad are some of my fondest childhood memories, as I'd pretend to score 6,345,814 goals on the way.

It's also the spiritual home of West Ham - and the title of one of the greatest (ahem) films ever made, thanks to good ol' Elijah Wood.

H is for Sir Geoff Hurst

500 games played, 242 goals scored, 13 years of loyal service and a lifetime of support - it's no surprise to learn that Sir Geoff makes the cut.

After all, he's one of our best ever.

I is for Intertoto Cup

More success ladies and gents, in the often forgotten about Intertoto Cup! But I sure as hell remember it, fighting back against a Louis Saha-led Metz to claim a 3-1 second-leg win in France.

Yes, Juventus also 'won' it during the same year but that's not the point, is it?

J is for Jellied Eels

Now this is what I'm talking about, not some fancy Stratford shopping centre that I now stroll past most weekends.

K is for Kano

You might be asking who the hell is this?

Don't worry, I'll save your bacon as - despite being basically bald - I'm still very cool*. I'm talking about British rapper Kano, not Frederic Kanouté unfortunately, who as a young boy, spent time with the youth teams of Norwich, Chelsea and West Ham.

He pursued music, however, and, well, turns out he probably made the right decision. Incidentally, he's a local lad, born in East Ham.

L is for Bernard Lama 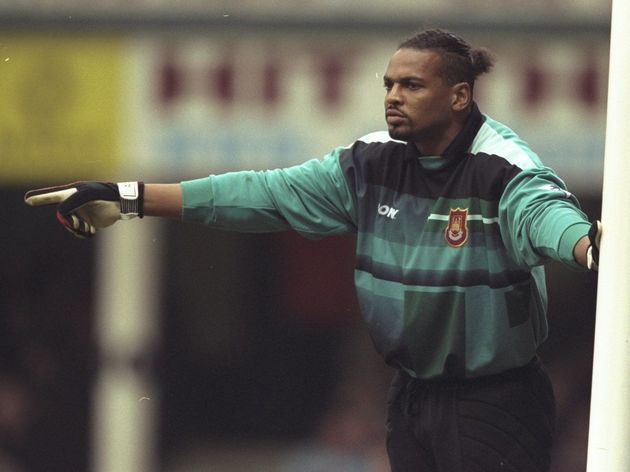 One of the pioneers of wearing trousers/joggers as a goalkeeper, there was no way that Bernard Lama was going to miss out here.

Admittedly, he made just a dozen appearances for West Ham, but let's remember where our priorities lie.

M is for Bobby Moore

The greatest captain that West Ham and England have ever seen. A leader of men, a giant in the game and one of the most respected footballers of his generation.

From one leader to another, this time in the form of current skipper Mark Noble.

Few players understand and love the club as much as Nobes does, evidenced by his unbelievable service so far.

Come on, we've all said that a million times when seeing which substitute West Ham are about to bring on.

P is for Martin Peters

The third piece of West Ham's World Cup winning wheel, Peters was another man who really loved and understood the club. In return, the club loved him - and always will.

Q is for Quality Kits If the ​Premier League - or any other division for that matter - was decided by the quality of your kit, West Ham would have double-digit trophies in the cabinet.

From Fila to Pony, Dagenham Motors to Avco, Dr Martens to a few of our recent betWay ensemble, we really have led the way in fashion.

R is for Ray Stewart

I'll admit, I was half tempted to go for Keith Rowland here, while Marc Rieper also entered my thoughts. But Ray Stewart - like a number of other Hammers defenders from his area - was bloody brilliant at full-back, establishing himself as a bone fide club legend.

S is for Sodding Hell, Why Are We in Stratford

Do I really need to elaborate here?

T is for Sir Trevor Brooking I would love to elaborate about Sir Trev, however, as he represents everything good about the club. A local boy done good, he fired us to FA Cup glory in 1980 and was responsible for a number of standout moments during the 1970s.

In my lifetime, he even stepped into the West Ham management breach - where he was as conscientious and respectful to the club, and Glenn Roeder's health, as he was during his time as a player.

U is for Upton Park

Our spiritual home, our only home, West Ham's rightful home. Oh how I'd like to still be there...

V is for Vic Watson

Way back when, West Ham possessed a bloody prolific goalscorer by the name of Vic Watson. To this day, he is the club's leading marksman - 298 goals to be precise - and is rightly regarded as a club legend.

W is for World Cup Winners Don't argue, ​West Ham are the only club side to win the World Cup. Fact.

X is for X-Rated Owners

Yeahhhhhh, let's not elaborate here either. Let's just remember when they were Birmingham City's owners and advise you to research what presents they used to leave on the seats of every supporter (so rumour has it).

Y is for Yes, we're almost at the end

We know this has been a long read, and I could have waxed lyrical about Andriy Yarmolenko here. But, alas, we decided not to - because it's time to remember... A real shining example to others - in terms of work-rate and commitment at least - he's also the man who fired us back into the Premier League after a nerve-wracking showdown with Preston in Cardiff.

Scored a number of other crucial goals, but this was the one that mattered.