​The agent of West Ham's Arthur Masuaku insists the defender is happy in east London, despite admitting that other clubs are interested in signing the former Olympiacos star.

Masuaku has endured a difficult start to this season under new manager Manuel Pellegrini's new style. Last term Masuaku had slightly less defensive responsibility, having been employed for the most part as a wing back.

He has since been converted to a more traditional left back as part of a back four and has been caught napping in his defensive duties at times this season. The player's agent, Panos Galariotis, spoke to ​Tutto Mercatto Web and revealed he has received calls from several interested clubs, but that Masuaku wants to remain in the capital.

Galariotis said: "He has a great manager like Pellegrini, he cannot be but happy, players are learning a lot with him and from him, it's a great chance and he's playing regularly in a four-man defence.

"It's true, I received many calls but Arthur is happy at ​West Ham and has been convinced by the arrival of Pellegrini, they will be doing a great season." 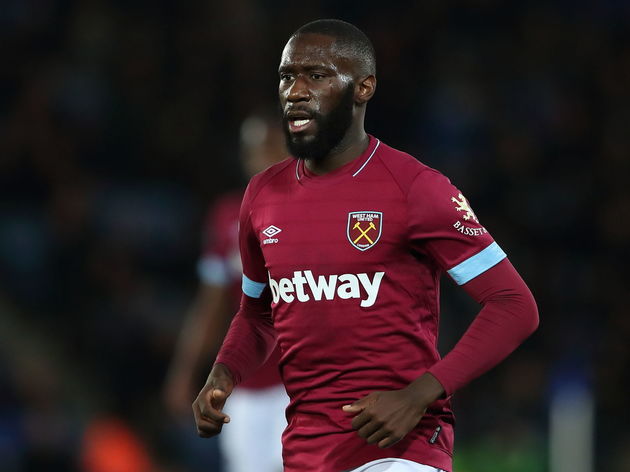 The Hammers signed Masuaku from Greek side Olympiakos in 2016 and the defender is now closing in on 50 appearances for the club, eight of which have come in the Premier League this season.

However, the left back spot is a somewhat contested position this season, with Masuaku and Aaron Cresswell both fighting for the spot. Defensive insecurities have meant the Hammers have kept just one clean sheet in 12 games this season, with both flanks having been exposed at times.

Masuaku has been the favoured choice by Pellegrini so far this season and will need to put in some good performances to nail down the position for good.