​Alan Pardew is being sounded out as a potential replacement for Alan Koch at recently established MLS side FC Cincinnati.

The Ohio based side was founded in 2018 and began their inaugural Eastern Conference campaign in March of this year but have struggled to establish themselves, currently sit bottom of the division having won only three of their first 16 fixtures.

With just over half the season remaining, the current head coach Koch has been dismissed and the club is now on the lookout for a more experienced coach. According to ESPN, former ​Newcastle and ​Crystal Palace boss, Pardew, is a 'strong candidate' for the ​MLS role. 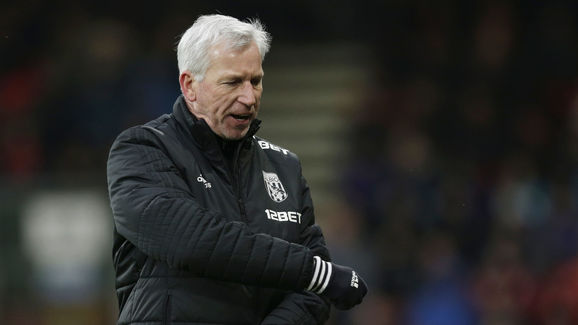 Pardew is perhaps best known in England for his time at Newcastle. The now 57-year-old made such a strong impression in his first year at the Magpies (finishing fifth in the Premier League) that he was offered an eight-year contract.

He's taken charge of two other clubs since then, first reaching the FA Cup final with Crystal Palace before suffering an irreversable slump in fortunes before most recently a torrid spell at ​West Brom that ended the club's eight-year stay in the ​Premier League.

Pardew has been out of management since, spending the last 18 months working as a pundit.

On this day in 2012: Alan Pardew was handed an eight-year contract as #NUFC boss. He has gone on to manage two other clubs and Newcastle have had three other managers in the same amount of time. The deal still has two years to run... pic.twitter.com/VuUaT90XtW

Another former Premier League manager, Aitor Karanka - most recently released by ​Nottingham Forest - is also believed to be in the running, alongside United States Under-20 manager Tab Ramos.