Allardyce not feeling the heat 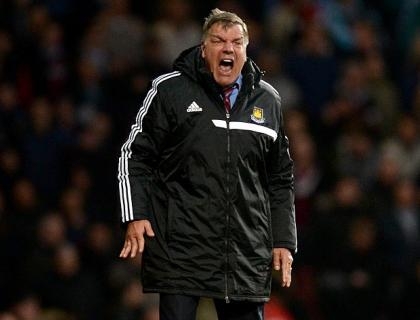 The Hammers have won just three times in the league so far this season and find themselves just outside the relegation zone, with only goal difference keeping them out of the bottom three.

Allardyce's side have only shipped 19 goals so far but, with big-money signing Andy Carroll missing for all of the campaign to date, West Ham have only managed 13 goals themselves.

Bottom club Sunderland are the visitors to Upton Park on Saturday afternoon but Allardyce is not fretting about his future just yet and is hopeful of being given plenty of time to turn things around.

"I wouldn't have thought I would have needed a discussion about my future with the owners," Allardyce said.

"I can only say that when I look at their history they have always shown a level of patience to overcome a difficult situation and I hope that will be the same - I'm sure it will."

With the three teams below West Ham having changed their respective managers already this season, Allardyce knows his future will now come in to the spotlight but he does not anticipate going the same way as his former counterparts at Sunderland, Crystal Palace and Fulham.

"I know that in the end it is about us getting results again to alleviate the pressure on us all," he added.

"Everybody will speculate about my position now because I'm around where all the other clubs are and all of the other clubs have got rid of their managers so all perceive that I will be the next one in that line.

"It is the first time we have had a bad run in the two and a half years I have been here.

"It comes and it will happen, we have got to make sure we are determined enough and have the right desire to overcome it.

"It is about picking a few results up and then the pressure goes away for a while then hopefully we can sustain the results and keep the pressure off."

Allardyce was disappointed in his side's performance as they lost 1-0 at Palace last Tuesday night but has generally been pleased with their overall effort so far.

"We've got to continue on a positive note on the back of the performance level that we've achieved this year," he said.

"That's been our ultimate problem throughout the whole of the season. That coupled with injuries and suspensions makes life more difficult for us as a squad to overcome that at this period of time to try and get results.

"It's more difficult now than it was a few weeks ago because of the selection processes I have within the squad and so many games coming all at once. When we had the first three months of the season we'd only played eleven games. Now we're going to play seven or eight in one month so if you've got injuries in that month then that makes life very difficult."