Whilst West Ham fans will feel disappointed having only secured a draw against a struggling Huddersfield side, it could've been much worse.

The visitors went behind after just six minutes after the Hammers lost possession cheaply, handing possession to Alex Pritchard, who slotted the ball home to score Huddersfield's second home goal of the season. 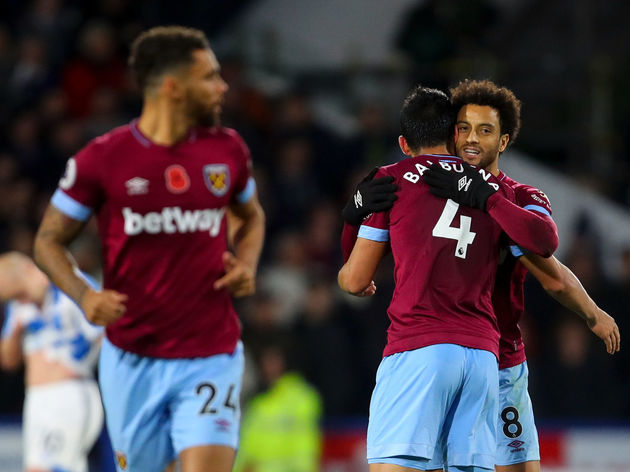 It looked as though ​the Terriers were on their way to securing a famous win, but Felipe Anderson came to ​the Hammers' rescue as he struck with just 15 minutes remaining to earn Manuel Pellegrini's men a valuable point.

West Ham will be disappointed not to have taken advantage of the misfortune of ​Brighton - sat just one place above them in the ​Premier League table - after they slipped up earlier on in the day against Cardiff, and fans were certainly left frustrated after a number of poor performances on the day, none more so than Pedro Obiang. The midfielder had a game to forget with his disappointing afternoon ending just after the hour mark when he was subbed off, and fans were quick to take to Twitter to slate the Spaniard.

Obiang is so average

Obiang has is a poor passer of the ball, never plays the right pass and always kills the player he gives it too. Living off th spurs goal too much

Obiang is lucky we're lacking options in CM cos he's being picked by default atm. Hes average at best

Not sure what Obiang was complaining about when he came off.

Every time he got the ball he passes backwards and when he did pass fwd he failed the pass.

Said this at half time. Once again we looked much better after obiang came off

For me snodgrass is a player to sub on when you want to hold a narrow lead and work hard. And Obiang is so inconsistent

Obiang is so average we need a top class CDM

The upcoming international break will at least give Obiang two weeks to work on his game and look ahead as he looks to put the performance behind him and instead look ahead to try and help West Ham climb the Premier League table.

The Hammers will next host the reigning champions Manchester City at the London Stadium before travelling to St James Park to face a struggling Newcastle United side in two crucial games for Pellegrini's men.​