​The last two years have been an emotional rollercoaster for Jack Wilshere. Returning to Arsenal at the end of the 2016/17 season following a loan spell at Bournemouth, it looked as if his 16-year association with the Gunners was over when Arsene Wenger told him he could leave the club.

Choosing to stay and fight for his place, Wilshere worked his way back into the starting lineup by December, and Wenger later hinted that he was a candidate to be the next Arsenal captain. But Wenger's time was up at the end of the season, and so was Wilshere's as his contract was allowed to run down. Signing for ​West Ham felt like a fresh start, but in just his fourth game for the Hammers, ​Wilshere suffered an ankle injury against Wolves and was forced to undergo surgery. He has had to watch from the stands as West Ham's form has improved without him, and Declan Rice has excelled in his absence.

Wilshere is back in contention now, but there is no guarantee that he will be able to walk back into the team. West Ham have suffered just two defeats in eight matches without Wilshere, compared to four in four with him. Correlation is not causation, but it doesn't look good for the 26-year-old.

Wilshere himself is staying positive, and he has identified one of his former England teammates, ​Ross Barkley, as a prime example of how he can bounce back.

Good news from the Boss:

"Andy Carroll and Jack Wilshere are back in the squad. They worked every day with the squad this week."  pic.twitter.com/0YgloJO8Bj

"It all comes down to having trust in your own ability. People can say what they want," Wilshere said, quoted by ​Sky Sports News.

"But then it all comes down to him, his inner belief and, at the end of the day, his football ability has done the talking."

Barkley's story is not exactly the same as Wilshere's, but there are certainly common themes. Wilshere was 18 when he made his England debut; Barkley was 19. Both were once lauded as the great hope of English football, but after England's humiliation at Euro 2016, both were dropped from the squad. Wilshere wants to use Barkley as an example to follow, but the difference is that even when Barkley's career was suffering setbacks, he was making progress. The move to Chelsea was marred by the injuries surrounding it, but it was still a step up to a better team and a better calibre of teammate. 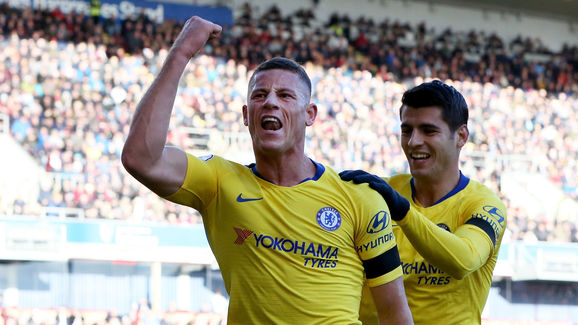 Wilshere, on the other hand, has taken a step down from Arsenal to West Ham. Southgate places less onus on club prestige than previous England managers, but it clearly factors into his decisions somewhat. Barkley got recalled before he had even scored a goal or made an assist this season. Would that have happened if he was still playing for ​Everton?