​Crystal Palace play host to West Ham on Boxing Day, with the Eagles looking to complete a 2019/20 double over the Hammers - following their October victory at the London Stadium.

Roy Hodgson will be eager to return to winning ways after Newcastle's late winner against his side on Saturday, a result that left the Eagles without a victory in three fixtures. 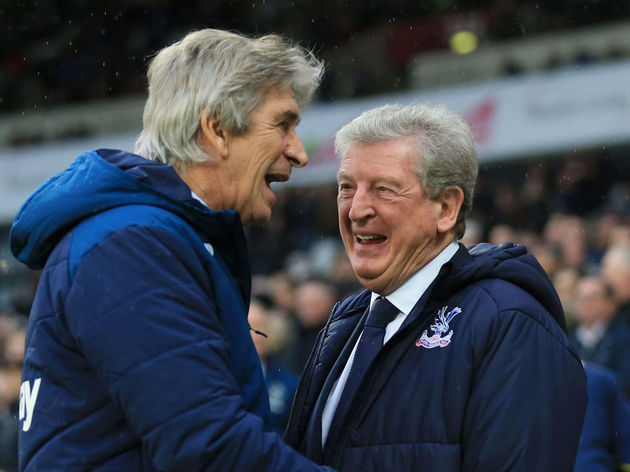 Manuel Pellegrini, meanwhile, will have had close to two weeks to prepare his players. Liverpool's involvement in the FIFA Club World Cup meant last weekend's fixture was postponed and the Hammers should head into their Boxing Day clash with fresh legs.

A defensive injury crisis has plagued Palace in recent weeks, with the likes of James McArthur and West Ham are still awaiting the return of key players Łukasz Fabiański and Manuel Lanzini, and there have been some rumblings that both could be fit enough to feature in this festive fixture. If their number one is unable to return, David Martin should be fit enough to deputise between the sticks - despite pulling up in the latter stages of the Hammers' last fixture.

Jack Wilshere's injury woes continue and the sidelined midfielder is unlikely to return at Selhurst Park. Ryan Fredericks' pace will be sorely missed against ​Wilfried Zaha, with the full back missing through suspension - Pablo Zabaleta is likely to step in.

Crystal Palace won 2-1 against West Ham in October, meaning they have the chance to do the double over their opponents in a season for the first time since 2013/14.​ The team to score first has not won any of the last five Premier League fixtures between these teams, while West Ham have won just one of their five Boxing Day matches since their return to the Premier League in 2012.

Palace’s home games have seen fewer goals than any other Premier League side this season, with just 15 scored at Selhurst Park.

Until the Eagles' late comeback in the October clash between the sides, ​West Ham boasted an excellent record in this fixture - the Hammers had been undefeated in eight clashes dating back to February 2015.

Prior to that, Palace had won three of the previous four encounters - could the Eagles be set for another good run against their London rivals?

Hard-fought draws with Watford and Brighton preceded Palace's loss to Newcastle, leaving the Eagles without a win in three fixtures. However, prior to that, Hodgson had overseen back-to-back victories over Burnley and Bournemouth.

Sitting comfortably in mid-table as the season's halfway mark approaches, Palace fans will have little concern over their recent form. A couple of weeks ago, West Ham were nosediving towards the Premier League relegation zone and hadn't tasted victory in seven fixtures.

However, two away wins