The past three seasons have seen Rice cement his place in the Hammers midfield and establish himself as an England regular in the process, though his rapid improvement has seen plenty of top sides sit up and take notice of his performances.

Speaking ahead of West Ham's game against Manchester City on Sunday, Moyes heaped praise on the 21-year-old and said he sees Rice as the natural successor to Mark Noble in the heart of the side's midfield. 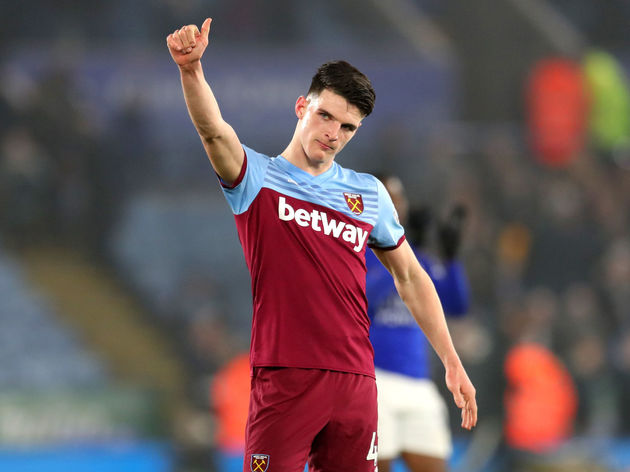 “In my mind he is arguably the best holding midfield player in the country and the best thing about Declan is he will get better,” said Moyes as quoted by ​The Guardian.

“Declan is carrying a lot of the team at the moment and he’s the one who will carry on from Mark Noble when it comes to an end for him."

Manchester United are most frequently linked with the England international, though whether their supposed interest will lead to anything concrete in the future remains to be seen.

Former Everton boss Moyes is no stranger to losing star men when big clubs come calling and he has conceded the time may come when Rice moves on from the club.

“Quite often when building a club you have to sell,” he added. “I hope it’s not the case with Declan but I said the same with Wayne Rooney and Joleon Lescott [at Everton]. "But the team got better because we were able to sign the right players to replace them. If that ever came around [Rice leaving] I’d hope we’d be able to do the same here as well.”

​West Ham face a daunting run of fixtures over the coming weeks as they look to drag themselves away from the ​Premier League relegation zone. The Hammers face six of last year’s top seven teams in the next month, with City up first on Sunday.