West Ham United manager David Moyes tiptoed around the topic of Video Assistant Referees after his side conceded a goal against Arsenal on Saturday which was initially ruled offside by the on-pitch officials, before being overturned after several minutes of consultation Concerning the offside decision in the build-up to ​Alexandre Lacazette's winner, Moyes said: "I've seen it a bit on the iPad at the time and I don't know what you want me to say.

"Someone makes a decision and it's supposed to be correct so I am really stuck for words now, I don't know what to say to give you a line on it at all. "I think Mikey gives us so much, so many things and he has improved, his fitness levels are up, his game is up, he's improving but you're talking about the big games and the moments, when you get the chances at Arsenal you need to take them.

"Just like the defenders make sure they don't lose concentration at any time, I just felt like we messed up a good couple of chances to score. Mikey is doing well though." 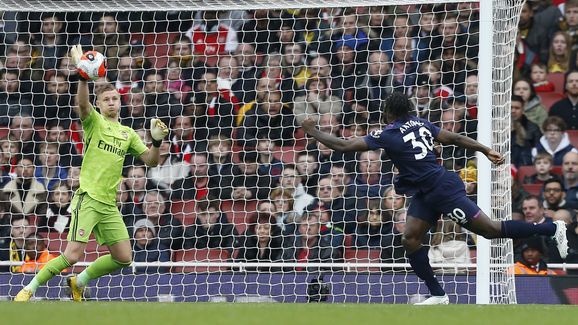 On the topic of those squandered opportunities, Moyes made it very clear his view on the outcome, saying: "

"In recent weeks we have made individual mistakes defensively which has cost us in games, maybe a goalkeeping mistake or whatever. But today, the mistakes was not taking our chances when we had them, that would be the disappointment.

"Apart from that, I thought the players did a great job, really well. Made several chances but we couldn't convert them."