​West Ham manager David Moyes has explained why he opted to leave Sebastien Haller out of the starting lineup for the Hammers' defeat against Manchester City on Wednesday evening.

West Ham slipped to a disappointing 2-0 loss at the Etihad, thanks to a goal either side of half time from Rodri and Kevin de Bruyne.

It was not so much the scoreline that disappointed Hammers fans, but the manner of the defeat that hurt the most.

David Moyes' side mustered just three shots, and failed to register one on target all game, as the hosts set ​new records for passing.

​The Hammers lined up with a back five, with Michail Antonio up top and club-record signing Haller on the bench. Antonio primarily played up front on his own, with natural winger Robert Snodgrass alongside him during periods in the first half.

Speaking about his team selection to ​football.london at full time, Moyes said: 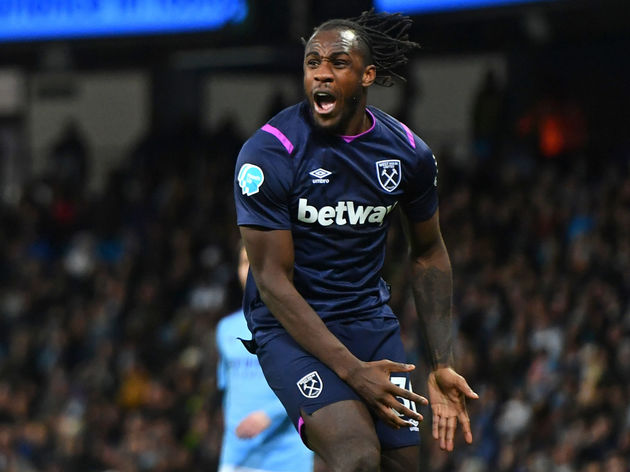 Haller remained an unused substitute for the game's duration, while wide man Jarrod Bowen, who found the net 16 times in the Championship for ​Hull City prior to his £18m move to the London Stadium in January, was given 10 minutes at the death.

Moyes said he had maintained his cautious approach to keep his side in the game for as long as possible before throwing on players in search of an equaliser.

"I felt that if we could get further into the second half [at 1-0] then we could have made some attacking changes," Moyes added. "My mind was always that we needed to get on, we didn't want to open up too early against them, we wanted to wait a bit longer.

"With the quality they have got, there will be very few teams come here and be open, we have seen lots of teams do that. We done a decent job."