The Blues boss made the comments in light of Chelsea's Premier League fixture against the Hammers on Monday night, being very complimentary about the young Lion. 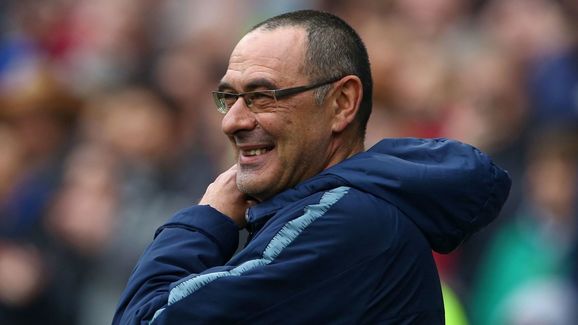 As reported by ​Metro Sport, when asked to comment on Rice's ability and performances this season, Sarri said: "

"He usually plays very close to the defensive line and, in the first match against ​West Ham, he was really a very big problem for us."

The former ​Chelsea youth - who was called up to the senior England squad this year - has appeared 29 times in the ​Premier League for West Ham this season and has continued to impress. Sarri went on to say how the youngster is developing more than just his defensive play. He added: "I think he is improving in the offensive phase.

"He has improved during the season because I saw their last matches and I saw a very good midfielder."

Declan Rice will likely start in midfield for the Hammers as ​they visit Stamford Bridge on Monday night, and West Ham fans will hope he continues his good form against the Blues.