​West Ham have been given a huge boost in securing the long-term future of homegrown star Declan Rice, after the player himself admitted he "can't put into words" what it's like to pull on the club's jersey.

The Hammers' fans had some cause for concern after talk of a new contract seemed to stall, however, Rice has been speaking about his club in glowing terms - giving optimism to supporters that he does not want to leave his boyhood club. 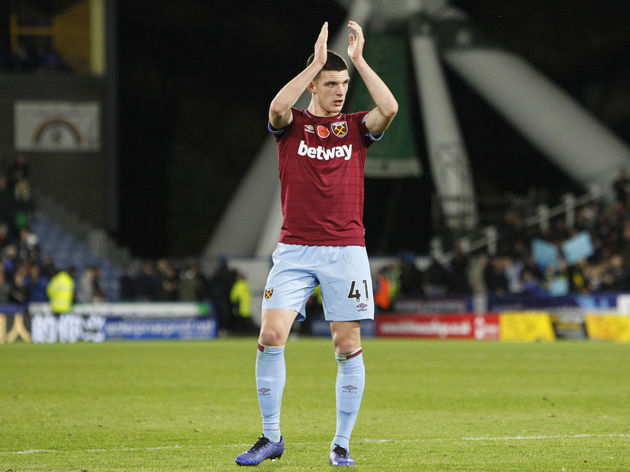 The youngster has been quoted saying he knows just 'how much it means to him and his family' to play for a 'massive club' like West Ham, as well as wanting to be a role model for the younger kids breaking through.

Rice was speaking to the ​official Premier League website about his ambition to become a role model and offer hope to other youngsters trying to make it in the ​Premier League.

"You’re coming in to train for two hours. Don’t pass up that chance to work hard and give everything, because that’s what will get you in the side. The manager takes everything on board. He’s always looking."

Rice went on to suggest his strong affinity to the club he grew up watching, even while speculation has grown this week that ​Manchester United are tempted to make an offer for the player.

"It’s a crazy feeling to be honest, I can’t put it into words.” 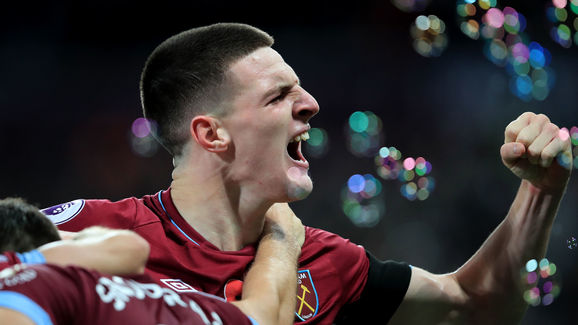 The 19-year old came through the youth ranks with the Hammers and has now established himself as a first-team regular. He is now a firm fans favourite and supporters will be hoping these positive comments translate into a new long-term deal for the youngster.

It has been a whirlwind few months for Rice after he broke into the first team - then was under pressure to choose his national allegiance from the English FA as well as the Republic of Ireland, selecting England after much thought.