​West Ham United defender Declan Rice has admitted that he is no closer to deciding his international future, with both England and the Republic of Ireland options for the rapidly developing 19-year-old centre-back.

Rice was born in London and has lived in the capital his whole life, but paternal grandparents from Ireland also made him eligible for the Emerald Isle and he has represented the country at various different age groups to date. 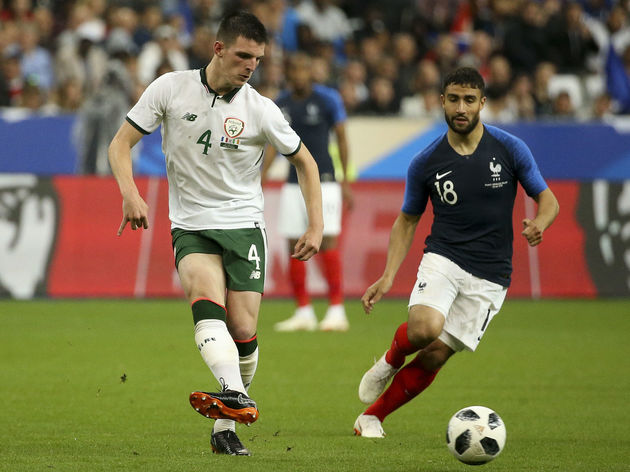 The teenager has even played three times for Ireland at senior level, but he is still able to change his international allegiance as all three games have been friendlies.

Both Ireland coach Martin O'Neill and England boss Gareth Southgate have made their case to Rice, yet it hasn't made the decision over which country to choose any easier.

"Without a doubt, it is not an easy decision. It is one of the hardest I will have to make in my career," a torn Rice explained in an interview with The Times.

"Martin was excellent when he came to my house and Gareth was excellent and they both understand the position I am in. I said I just need some time.

"I need to make the right decision, what is best for me and my family. Being 19, I never thought I would be in a position to make such a hard decision."

Rice has started all of West Ham's last seven Premier League games, operating in a defensive midfield role as opposed to his usual centre-back position. He is currently due to be out of contract at the end of the season but is hopeful of agreeing an extension. "I want to sign for West Ham and I think it is going to happen. Playing every week is what is best for me at the moment and hopefully the contract can come soon," he said.