​West Ham star Declan Rice has said he 'wants to sign' a new deal with the London club, and thinks renewed terms will be agreed sooner rather than later.

Rice's current deal expires in 2021, and while his reported £3,000 per week salary is next to nothing in comparison to what most other first team players at the club will be earning, he insisted he believes first-team football is key to his development, and is keen to stay put. “I want to sign for ​West Ham and I think it is going to happen,” Rice told The Times. “Playing every week is what is best for me at the moment and hopefully the contract can come soon.” 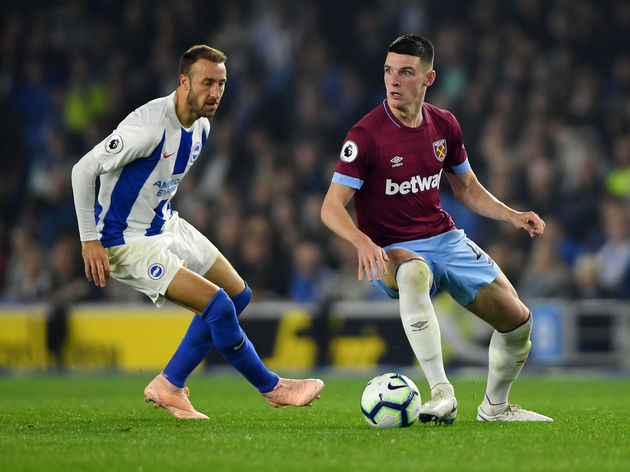