Rice announced in February that he was submitting a written request to FIFA to switch allegiances, despite previously making three appearances in friendlies for Ireland. However, because Rice had not made a competitive appearance, he was still eligible to make the switch over to represent England. 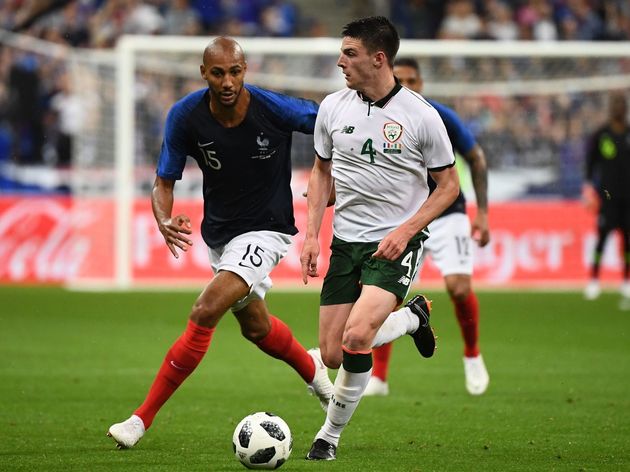 ​Sky Sports have now confirmed that FIFA have approved the ​West Ham midfielder's request, meaning he will be eligible for Gareth Southgate's upcoming England squad for the Euro 2020 qualifying matches against Czech Republic and Montenegro.

Rice's recently claimed that the decision was the toughest he has had to make in his young career and that it was one he didn't think he end up having to make so quickly.

It is the toughest decision I have had to make so far in my career," he said, as per​ Sky Sports. "Being so young, I didn't think I would ever be in a position to make that call but it's one that I have made and one that I am looking forward to in the future."

Current Ireland manager McCarthy also recently discussed Rice's decision and claimed to be unsurprised that he elected to represent the Three Lions.

"I was hopeful. Was I optimistic? No. If he wanted to stay, all he had to say was 'yes it's no problem'. The longer it went on I was confident in my own head that he wasn't coming." he said, as per ​BBC Sport.

"Now, I don't have to talk about him anymore. Good luck to him, he's got his own career to look after now and I've got mine."