BBC Sport pundit Garth Crooks has revealed that he has been very impressed over the recent performances of West Ham winger Felipe Anderson, after the Brazilian helped secure a point for the Hammers against Huddersfield on Saturday.

The summer signing from Lazio scored Manuel Pellegrini's side's only goal of the game to rescue a draw for the Londoners, after they trailed to an early strike from Alex Pritchard. 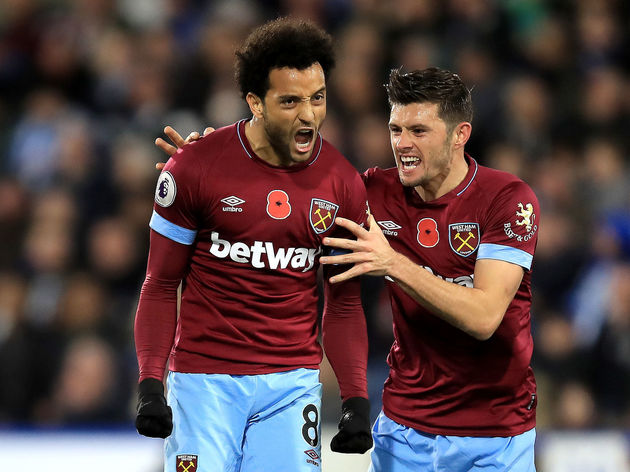 After witnessing the midfielder star once again for his new side, Crooks claimed the Brazilian was on the look-out for more goals during the game and that he was unlucky not to have scored a hat-trick.

Writing in his weekly team of the week column for ​BBC Sport, the former Tottenham striker said: "It became very clear to me in the early exchanges against Huddersfield that the Brazilian had developed a taste for scoring goals after his double against Burnley last weekend and so it proved against the Terriers.

"Anderson spent the entire game looking for goals and could have had a hat-trick. The one he settled for wasn't bad either."

Since signing from ​Serie A giants Lazio in a club-record £36m deal in the summer, the 25-year-old has consistently produced impressive performances for the Hammers.

In his fourteen games across all competitions this season, Anderson has managed four goals and provided a further two assists, whilst he was instrumental in his side's stunning 3-1 victory over Jose Mourinho's ​Manchester United in September. After returning from the international break, Anderson and his ​West Ham side will return to ​Premier League action when they host last season's Premier League champions Manchester City at the London Stadium.