​West Ham would have to spend £20m or more on Genk midfielder and January transfer target Sander Berge if they want to bring the Norwegian to London.

The Hammers have been consistently linked with a move for another midfielder during the winter window, with a plethora of names already being touted for a move to the London Stadium.

Sander Berge, who has impressed in the Champions League this term, is one of said names, however, West Ham would have to part with a sizeable fee to get their man.

According to ​The Mirror, the highly-revered 21-year-old will set the Irons back £20m, and possibly more, making a move for the midfielder increasingly difficult with time running out in the January window.

Berge has been linked with a number of clubs over the course of the campaign, partly due to his stellar showing in the Belgian top tier. The deep-lying midfielder has featured 29 times in all competitions this season for Genk, scoring four times in the process.

The youngster is also a seasoned pro at international level, having been capped 20 times for Norway since his debut in 2017. If the Hammers could capture his signature then it would be an impressive coup, but ​football.london have previously stated that a deal for Berge looks '"unlikely", reporting that a potential deal for Slavia Prague's Tomas Soucek being the priority for the club.

​West Ham have been interested in the likes of Roberto Gagliardini of Inter and Joe Allen of Stoke throughout the window, and are looking for greater quality and depth in the centre of the park.

The Irons were knocked out of the FA Cup by Championship side West Brom on Saturday, while also sitting above the relegation zone in the ​Premier League on goal difference alone. 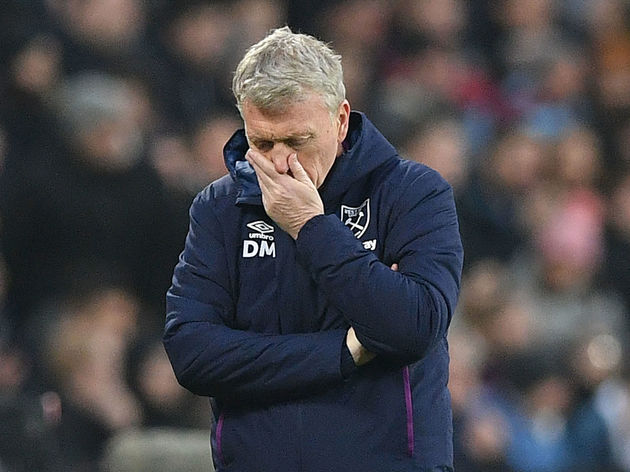 Moyes' return to the club as manager hasn't got off to a great start and further additions in the ​transfer window seem a necessity. The Hammers have only brought in goalkeeper Darren Randolph from Middlesbrough to date.