Another season that has seen a promising summer transfer window  -

Against Southampton, in a game you felt the ​Hammers had to win with fixtures against Arsenal, Wolves, Tottenham and Chelsea around the corner, there was plenty of carnage to go around as the 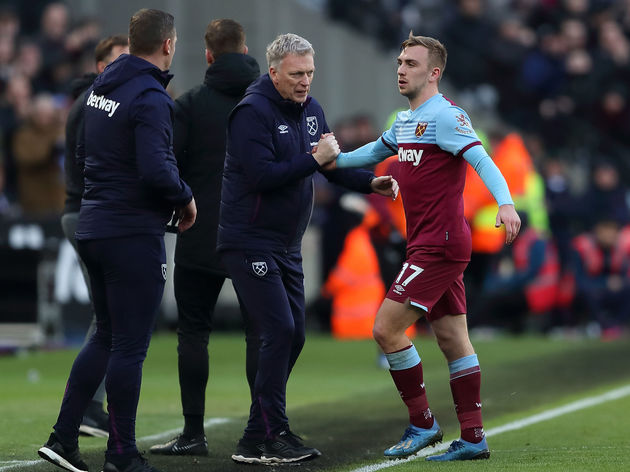 But on the field, things were a little more clear for manager David Moyes as he handed a first start to £18m January signing Jarrod Bowen.

The 23-year-old had a watching brief in his first few weeks at the London Stadium, ineligible against Brighton at the beginning of the month, before appearing in cameos against ​Manchester City and Liverpool.

Against reigning Premier League champions City, he wasn't able to offer much in the ten minutes he was on the field, as the hosts ran out convincing and comfortable winners at the Etihad. At Anfield, though, Bowen showed in his six minutes of on-field action what he can offer his manager, with an incisive run in behind Liverpool's backline.

Though he was unable to beat Alisson to earn an unlikely point, that moment alone was enough to get him into the side from the start this time -

For a long while, West Ham have lacked a cutting edge going forward, despite scoring 30 goals in the ​Premier League prior to kick off.

It wasn't long before Bowen would show what he's been doing all season - having scored 16 times this season for Hull and 22 in the Championship last season don't forget - as he latched onto Fornals' smart through ball, controlling perfectly before lifting the it over Alex McCarthy in his stride from an acute angle.

It wasn't an outrageous finish, it wasn't a sublime finish - but it was a composed, calm and well executed finish from a player who clearly has the knack of scoring goals. A player who has a bit of finesse about him, but knows what spaces to occupy as an inverted winger.

The other thing to note here is that Bowen not only took up a superb starting position, he also glided in unnoticed, timing his run inside Jan Bednarek perfectly before applying the finishing touch. It's something that West Ham have missed this season, with Andriy Yarmolenko out of favour, unfit and looking like he's heading for the exit door.

For the next hour or so, Bowen was busy, engaging himself nicely in the play, working the ball well in tandem with Antonio and Haller - who were both excellent throughout.

With Fornals ticking things over well on the other flank - even contributing a second assist in the second half - West Ham had full control and autonomy of the wide areas. Southampton's only real threat, in truth, came on the counter too, but a lack of spark and quality let them down often in and around the box.

When the final whistle blew, there was relief all around the stadium, for three reasons. 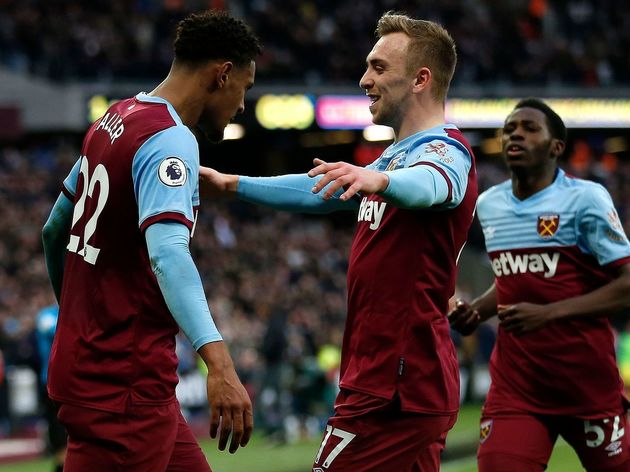 Relief that West Ham were out of the relegation zone, with an encouraging performance to boot.

Relief that Bournemouth slipped up late on against Chelsea.

And relief that in Jarrod Bowen, named sponsor's man of the match, they have a player with goalscoring touch - ready and willing to deliver on the Premier League stage.