The 30-year-old left the London Stadium in the summer after seven injury ravaged seasons in east London, re-joining boyhood club Newcastle on a free transfer.

Carroll struggled with injuries and a variety of other problems during his time at West Ham, having signed on a permanent basis for £15m in 2013 after netting seven goals in 24 Premier League appearances on loan at the club, and was often sidelined at short notice. 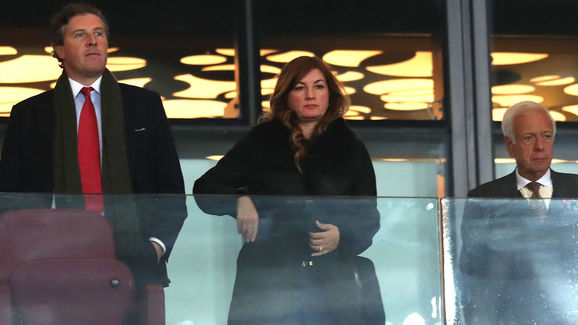 Now, writing in her column for The Sun, Brady has claimed that Carroll is part of an awkward group of footballers who have 'qualities that sometimes go with people who know their own worth', claiming he simply didn't want to play for the club at times.

"Early in his career he was noted for confrontation, including with a colleague or two," Brady wrote.

"With us, there was a glossary of reasons for all sorts of non-appearances and perhaps unfairly the joke was he used to go to his grandma’s funerals quite regularly.

"While he always tried on the pitch, he appeared to be trying harder off it."

Brady also placed former West Ham striker Marko Arnautovic, who departed for the riches of China in the summer, in the same bracket, claiming he'd become difficult to work with once interest from abroad was made known. She added: "So was Marko Arnautovic. Jose Mourinho described the Austrian as “having the attitude of a child.” Later, a greedy child. From our Player of the Year two years ago, he became difficult, no doubt once he and his brother/agent sniffed Chinese money."

While Brady's comments are somewhat of a surprise, given her position at the club, it's not unusual for West Ham to be in the spotlight for the wrong reasons. Currently, the ​Hammers are struggling on the field - with Manuel Pellegrini's side enduring a dip in form after a promising start to the season.