After honouring club legend Billy Bonds last Saturday by naming a stand after him, comparisons have been made with current Hammers' captain Mark Noble; who is about to play his 400th game for the east London side. 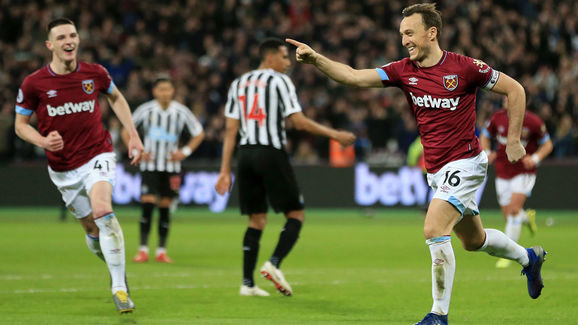 Writing in The Sun, Karren Brady addressed Noble's loyalty and also extended the comparison to Declan Rice, admitting hopes that the midfielder will go on to be a one club man – even with his huge potential seeing him with moves to top Premier League clubs already.

Brady wrote: “You’ll know we have another of his [Billy Bonds'] kind in Mark Noble, also our captain and also uncapped who is about to play his 400th game for the club he joined 19 years ago. How much we would like to keep Declan Rice for that long. He’s definitely the type. Not so very long ago, it would be the thing players hoped for.

“Today players are more mobile, attracted elsewhere by three things — prestige, trophies, money. No, sorry, there is a fourth. They are called agents and too many of them regard one-clubbers as a waste of money.”

Having recently changed the Republic of Ireland to England as the country he will represent at senior level, the hype surrounding Rice is increasing with each impressive performance he puts in for West Ham. Under Manuel Pellegrini this season, the 20-year-old has featured 26 times and has scored twice.