The result leaves the Hammers in deep relegation trouble just one point clear of 18th placed Aston Villa, while Roy Hodgson' side are up to 8th just six points adrift of the Champions League places.

​West Ham will be frustrated to have lost the game as they had actually taken the lead early in the second half through Robert Snodgrass, before the Chiekhou Kouyate - a former Hammers player - and Ayew secured three points for the home side.

Inside the opening 15 minutes chances were a rarity, though not through a lack of work rate  with both sides starting the contest looking determined to improve on their disappointing form.

The first good opportunity of the game went to West Ham, with Snodgrass' pass inches away from providing Pablo Fornals with an easy scoring chance, only for Martin Kelly to complete a vital interception. 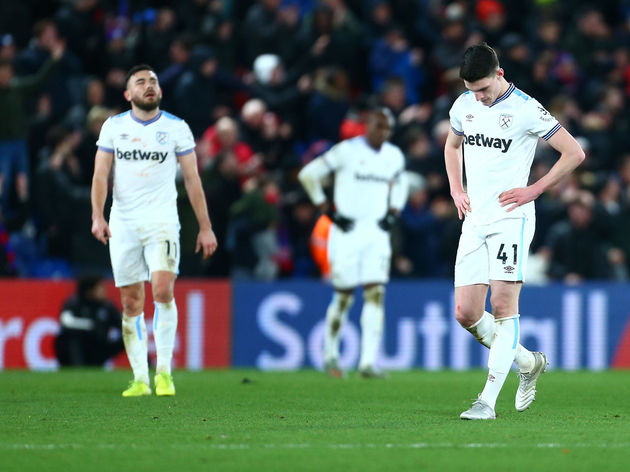 Palace hit back with a dangerous attack of their own soon after, with some excellent work from Wilfried Zaha allowing Max Meyer to provide a dangerous cross for Ayew, who should have converted.

Palace were made to rue their wastefulness in the 57th minute when a clever through ball from Antonio were sumptuously finished off by Snodgrass to give the visitors the lead.

Palace should have gone ahead through Connor Wickham while a dramatic last ditch tackle from Jairo Riedewald prevented West Ham from grabbing a late winner of their own.