Tipped by yours truly to be the standout signing of the 2018/19 season, the Pole lived up to expectations by immediately ousting Adrian from the starting lineup - completing all 38 Premier League games as he helped secure a top-ten finish.

In the process, he became one of the most important names on Manuel Pellegrini's team sheet - winning the prestigious Hammer of the Year award as he swiftly became a fan favourite. 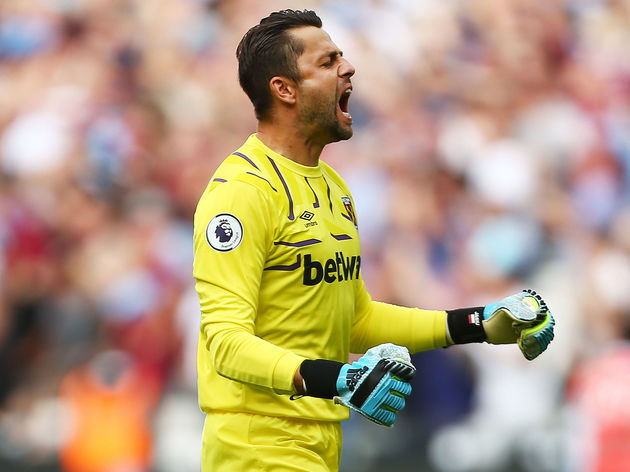 So the news that he'll most likely be sidelined until the new year is a crushing, crushing blow for the Hammers.

Outside of an opening day mauling at the hands of free-scoring Manchester City, as well as an instantly forgettable Carabao Cup humiliation to Oxford, it's been a really good start to the 2019/20 season for West Ham.

Unbeaten in six, the Hammers are punching above their weight in fourth place - having bedded in new signing Sebastien Haller nicely, as well as welcoming back Andriy Yarmolenko and ​Manuel Lanzini from long-term injuries. Such is the impact those three have made, they've stolen the headlines on the whole - along with a rejuvenated Aaron Cresswell and the ever consistent duo of Mark Noble and Declan Rice.

So, when he went down midway through the first half of the weekend clash against Bournemouth, every ​West Ham supporter at the Vitality Stadium took a deep breath.

The news unfortunately is not good. It's not only a bitter blow for Fabianski himself, but it's a huge concern for Manuel Pellegrini and the club.

The hope is that Fabianski recovers quickly, and hits the ground running when he