​​Manchester United host West Ham United at Old Trafford in the Premier League this Saturday as they continue their push for a top four finish.

The Red Devils have been resurgent since Ole Gunnar Solskjaer replaced Jose Mourinho in the dugout, with the side's improved form lifting them back into contention for the Champions League places. When the Norwegian was handed the job on an interim basis the club sat a distant 11 points behind fourth place, but he has since helped reduce the gap to just three. 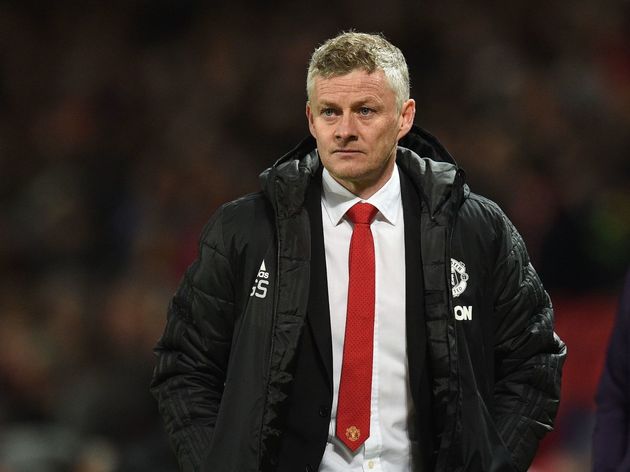 Though ​United have lost two of their last three fixtures in the competition, the work Solskjaer has done to give the team a fighting chance should not be underestimated. Opponents ​West Ham were a mere two points behind the Old Trafford side when he arrived, with the gap now expanded to 19.

The Hammers' campaign has been characterised by inconsistency, with the club recording excellent home victories against ​Chelsea, ​Arsenal and United earlier in the year whilst also frustrating supporters with some dire showings, including a 4-2 FA Cup defeat at relegation-threatened League One outfit AFC Wimbledon. They currently sit in 11th, five points off of ​Leicester City in the final Europa League qualification place.

Check out 90min's preview of the encounter below.

The hosts will be without defensive trio Eric Bailly, Matteo Darmian and Antonio Valencia for the meeting with West Ham. The Ivorian has a concussion, whilst his counterparts both have muscular injuries.

The Red Devils will also likely be deprived of central-midfielders Nemanja Matic and Ander Herrera, who have a strained hamstring and a knock respectively. Long-term absentee Alexis Sanchez continues to recover from knee ligament damage. Left-back options Luke Shaw and Ashley Young are both suspended for the clash. The former picked up his tenth yellow card of the ​Premier League season against ​Wolverhampton Wanderers last week, the same match in which Young was dismissed for two bookable offences.

The Hammers are equally plagued by injuries, with Jack Wilshere, Michail Antonio and Samir Nasri amongst those who are set to miss the game at Old Trafford. The latter pair are both hampered by ankle issues, whilst Wilshere is lacking match fitness.

Andy Carroll is sidelined due to an issue with his foot and Andriy Yarmolenko continues rehabilitation for his achilles problem. Winston Reid and Carlos Sanchez have serious knee injuries, with the New Zealander expected to miss the remainder of the campaign.

When the sides met at the London Stadium in September it was the Irons who ran out victorious, Marko Arnautovic sealing the result late on after Marcus Rashford had given the visitors hope.

Felipe Anderson's shrewd back-heel gave his side an early lead before a Yarmolenko effort ricocheted off of Victor Lindelof to leave David de Gea helpless, and Rashford's neat finish was unable to prevent United from making their worst league start in 29 years. However, that was West Ham's only win against Saturday's opponents in their last six matches, with a further two draws coming in that run. That reflects the overall record between the pair, the Londoners having secured 44 victories, whilst the Red Devils have 65.

The visitors last won at Old Trafford in 2007, though they did leave the stadium with a point in late 2016.

The hosts suffered a 1-0 loss at home to ​Barcelona in midweek, after Shaw inadvertently deflected a Luis Suarez header beyond his own goalkeeper. They looked toothless during the ​Champions League quarter-final clash, failing to register a single shot on target.

The team have endured a miniature slump in recent matches, falling to successive defeats at Molineux in the league and FA Cup. Those failures sandwiched an unconvincing 2-1 victory over ​Watford in which the Hornets dominated proceedings.

Wolves have beaten Manchester United twice in the same season for the first time since 1979/80.

The Hammers have hardly had an enjoyable time since the return of spring, losing three of their last four fixtures. They were insipid during a 2-0 defeat at home to ​Everton, a chorus of boos emanating from the stands as the Toffees made the contest look like child's play.

In the following game - another 2-0 defeat, this time at Chelsea - the players performed significantly better, showing vigour and determination. It was ultimately fruitless, however, as Eden Hazard hit top gear to secure the Blues a crucial three points.

Here's how the two teams fared in their last five fixtures:

Neither team has sparkled in recent matches, though the opposition United have faced appear to be a class above those the Hammers have locked horns with. It is not just results that have been sub-par for the two, though, with deficient performances irking both sets of supporters. Home advantage will probably be the deciding factor in this meeting, the cauldron that is Old Trafford potentially suffocating the visitors. Moreover, the men in red will be eager to make amends for some poor showings at the theatre of dreams in the last month.