​West Ham manager Manuel Pellegrini has admitted that he is looking forward to seeing Sebastien Haller and Pablo Fornals play together after they debuted in a pre-season friendly against Fulham.

Haller, who joined for a club-record £45m fee from Eintracht Frankfurt, lasted an hour against the Cottagers, with Fornals also making his first Hammers appearance since moving from Villarreal for £24m earlier this summer.

In a narrow game settled by Manuel Lanzini's stunning strike, the pair combined well and showed glimpses of what they could offer this season - prompting Pellegrini to admit after the game that he's looking to Fornals to help create chances for his new talisman. 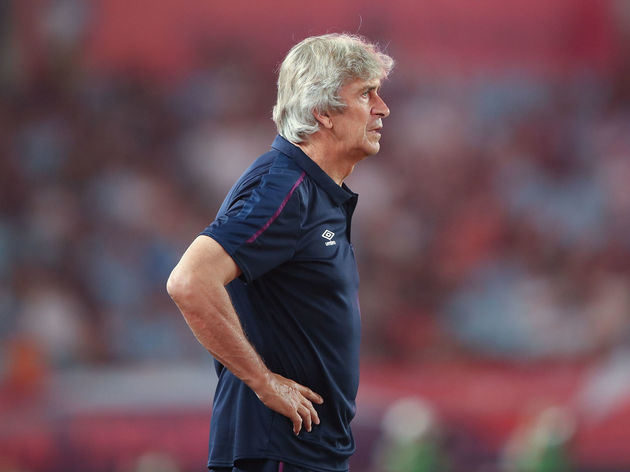 "Of course, I'm happy to see Haller out there. It's his first game; he's new and I think also for other new players like Pablo Fornals, and Andriy Yarmolenko who is coming back," Pellegrini said after the 1-0 win, as quoted by the Evening Standard.

"In them, I think we have creative players who can give to Haller, to Chicharito, to Antonio, during the game. And then they must score."

Former Under-21 French international Haller comes to the Premier League with quite a reputation, contributing 32 goals in 75 appearances for Frankfurt, and he'll be tasked with filling the vold left by Marko Arnautovic, who has moved to China.

Fornals, meanwhile, has been likened to former Arsenal midfielder Santi Cazorla, and has been praised for his vision, touch, technique and range of passing among things. He laid on 12 assists last season at the Estadio de la Cerámica, playing a starring role despite the club's struggles towards the lower reaches of La Liga.