​West Ham United manager Manuel Pellegrini has said he believes Marko Arnautovic is ready to put to a recent slate of absences behind him, and return to the starting lineup against Huddersfield this weekend.

The Austrian forward was one of the Irons key players earlier in the season, but after intense speculation over a potential move to China surfaced in January, a mixture of injuries and poor form have since seen him fall out of favour as a regular starter. He came off the bench as a half-time substitute against ​Cardiff in their most recent outing, however, and Pellegrini has said he believes a home tie against the league's bottom side happens to be the ideal time to bring him back into the picture.

“Marko was out of the team for several reasons," the manager said in a press conference, via ​whufc.com. "First, because his mind was out when he had the option to go to China.

“After that, he was sick. He was going to start against Manchester City but he felt bad that day. There’s a lot of reasons why he was starting on the bench, but I think he is ready to return in his position.” 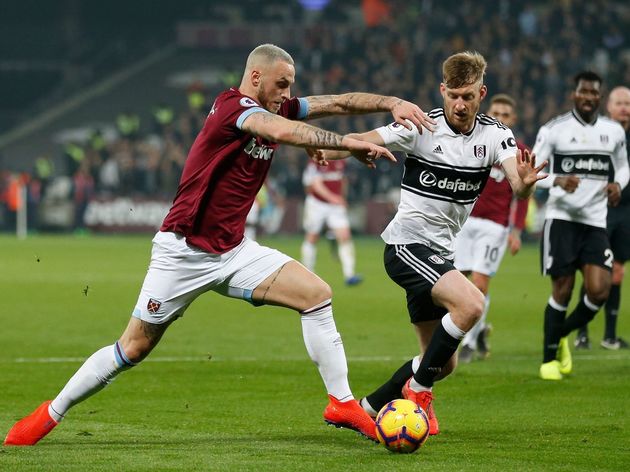 ​West Ham will continue to monitor the recoveries of long-term absentees Carlos Sanchez, Jack Wilshere, Andriy Yarmolenko and Winston Reid, but beyond that, Pellegrini confirmed that striker Andy Carroll is the only expected doubt ahead of the ​Huddersfield match.

“We continue without the players without long injuries,” he added. “They continue to recover.

“We have also Andy Carroll, who has a problem with his ankle. We need to wait for some medical examination, and then after that we will know. The rest of the squad is okay.”