​West Ham United manager Manuel Pellegrini has insisted that Marko Arnautovic will not be leaving the club in the near future.

​The Austrian recently suggested that it was time for him to leave the club, with his agent also adding that there has been interest in Arnautovic from two teams in the Champions League. He was linked with a move to Manchester United during the summer, and rumours of an imminent move to United have persisted. 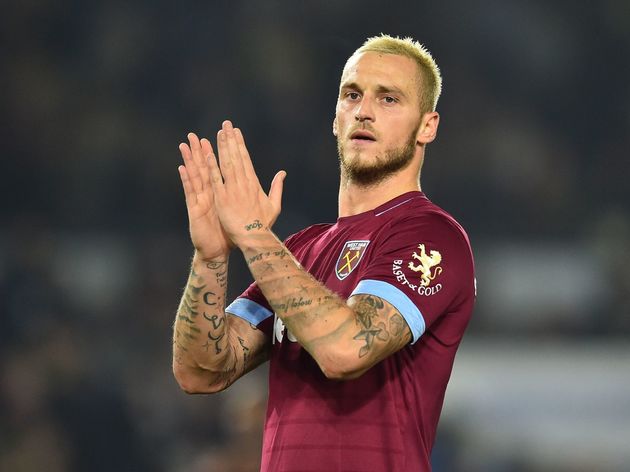 Pellegrini was asked about ​Arnautovic's future ahead of ​West Ham's clash with ​Manchester City on Saturday, but insisted that the forward will not be leaving the club.

"Every player always wants to play in the biggest team but I don't think that Marko is thinking about that.

The 29-year-old has been in impressive form for The Hammers this season. He has netted five goals this season to help West Ham recover from their torrid start to the new season, with the club now sitting in 13th in the ​Premier League.

​United manager Jose Mourinho was spotted in the crowd during a friendly match between Austria and Russia during the summer, as The Red Devils were linked with an expensive move for Arnautovic, but a move for the 29-year-old failed to materialise.

However, with Arnautovic's revelation that he would be prepared to leave West Ham, many have suggested that United could look to reignite their interest in the forward. West Ham will be in no rush to sell the Austrian, who is under contract at the club until 2022, but they may opt to entertain offers for Arnautovic if his situation threatens to upset the rest of the squad.