​All of Saturday's non-football talk was about whether MPs were making questionable decisions in the House of Commons and, sadly for West Ham fans, the exact same story was unfolding at Goodison Park.

Because sadly, Manuel Pellegrini got it all wrong.

Tactics, team selection and substitutions - meaning the Hammers' own MP deserves a bit of a dressing down. In a nutshell, he failed to capitalise on Everton's poor form and glaringly obvious deficiencies.

But first, a bit of housekeeping.

The players were miles off the pace and in reality might have got something out of the game if Roberto hadn't done what he does best - or worst - for the opening goal. The decision to strengthen the starting XI and not the squad this summer has hamstrung Pellegrini to an extent, but he should have looked in the mirror before throwing his players under the bus.

The Chilean has undeniably taken West Ham forward and there is no arguing that he is the club's best manager in some time, working towards a longer-term goal. But sometimes he gets it wrong, so spectacularly wrong that his side either get pumped or put in performances so tepid that the only fans they get out of their seat are those leaving the pub and mumbling that they've seen enough.

​Everton came into the game having lost four in a row, even earning themselves the moniker as the side who can't defend corners. Surely the best idea would be to pressure their full backs, pepper them with crosses in the box and try to win any corners from deflections or clearances, right? 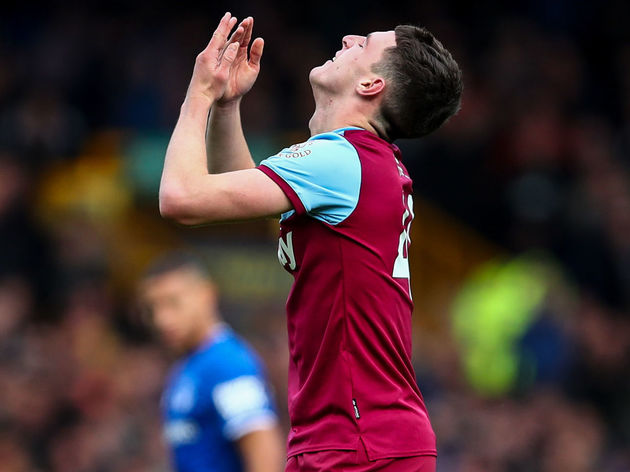 The trio behind Sebastien Haller seemed to have been given instructions to drift inside, play neat give and go passes as they switched positions and rarely venture outside the width of the Everton penalty box - a recipe for winning very few corners or helping out their frontman.

The selection of Pablo Fornals, Felipe Anderson and Manuel Lanzini felt like the manager shoehorning his most creative players into a formation that didn't fit the task at hand. Not only did they fail to press Everton in the wide areas, they also left the West Ham full backs exposed and Everton duly dominated the midfield with the extra space.

Andriy Yarmolenko had been away on international duty, but surely he was better suited to exploiting Everton? The Ukrainian replaced Anderson at half-time and did make the Hammers a slightly more potent attacking threat, but in a lot of ways the damage had already been done. ​The Toffees were dominating in the middle of the park and West Ham couldn't keep hold of the ball, particularly as they tried to transition into attack. Pablo Fornals was particularly guilty and really hasn't found his ​Premier League feet just yet, while Lanzini still doesn't look back to his pre-injury levels.

Oddly, this was a game that was crying out for Jack Wilshere. His composure on the ball would have been particularly useful, but he was introduced too late in the 63rd minute and couldn't really get up to speed with the game.

The final substitution - Albian Ajeti replacing Mark Noble as opposed to a below par and virus-drained Declan Rice - was not only too late, it was the final nail in the coffin that was Pellegrini's poor team selection.

As poor as he has been, you can still argue that Fornals gets some sympathy as he clearly is not up to the speed of the Premier League yet. Lanzini however has no excuse to not be doing the basics right, 100k a week... rewarded for complete inconsistency. Needs to improve.

Pellegrini needs to be prepared to divert from Plan A . Even when Ajeti came on rather than change and go 2 up top, Haller dropped deeper and even went out wide left at one point whilst Ajeti played as sole striker. Didn’t get this .