West Ham boss Manuel Pellegrini praised Felipe Anderson after his match-winning double sealed his side's 2-1 win against Southampton on Thursday, but stated the Brazilian still has room for improvement.

​Despite dominating the first half, West Ham only managed to create one clear cut chance before the break, with Lucas Perez scuffing a shot wide when under no pressure in front of goal.

Against the run of play ​Southampton took the lead in controversial circumstances five minutes after the break when Nathan Redmond forced the ball into the net with his hands following a scramble in the penalty box.

However, two goals from the in-form Felipe Anderson turned the game on its head and saw a heavily depleted ​West Ham side rise to ninth in the ​Premier League table with a ​2-1 win.

"Of course he is a different player, a player that in every game makes important plays - he will continue improving," Pellegrini said regarding Anderson after the match, as quoted by ​Sky Sports. 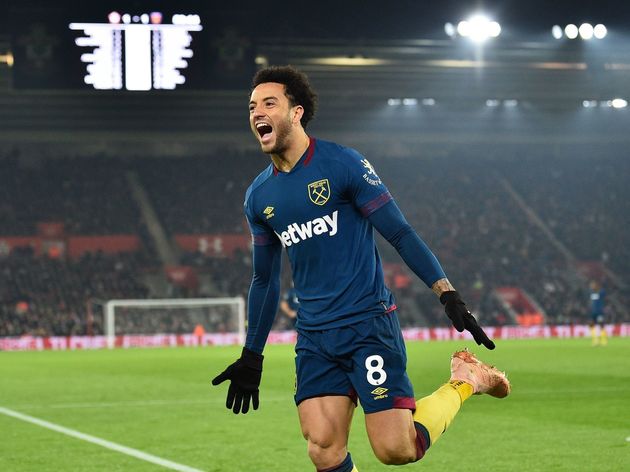 "He still loses too many balls, maybe because he must understand the Premier League is difficult if you keep the ball in your feet."

The Hammers overcame their opponents with ten first-team players out through injury, and Pellegrini said his squad deserve praise.

"All the credit [to the players]. We played a very good game from the first minute to win the game and we were very balanced in the whole game," added the Chilean.

"We worked mostly in the opposition side and we defended very well. They didn't have too many options. It's important we drew level immediately and scored the winning goal."