West Ham manager Manuel Pellegrini has revealed he was not responsible in the decision to sell highly-rated teenager Domingos Quina to Watford.

The Hornets signed the 19-year-old from their Premier League rivals for a fee in the region of £1m, after the Portuguese starlet struggled to make an impact at the London Stadium. Ahead of ​West Ham's clash with Watford on Saturday, in which Quina is expected to feature, Pellegrini claimed he did not sanction the Portugal Under-20 international's departure.

He said (as quoted by the ​Daily Mail): "I didn't sell him in the summer, I didn't know about him because when I arrived here he was playing in Portugal with his young national squad.

"After that he couldn't play with us in pre-season and later I heard the news that he was sold."

Pellegrini added: "I'm happy for him that he is playing well at Watford but he was never considered in our squad. Does he have a point to prove? Maybe, but I don't think he will have special motivation."

Having signed his first professional contract with West Ham in November 2016, Quina ​failed to make a single ​Premier League appearance with the Hammers and was restricted to sporadic outings in cup competitions.

After arriving at Vicarage Road however, the 19-year-old has enjoyed a greater number of first-team minutes in his short spell with Javi Gracia's side. 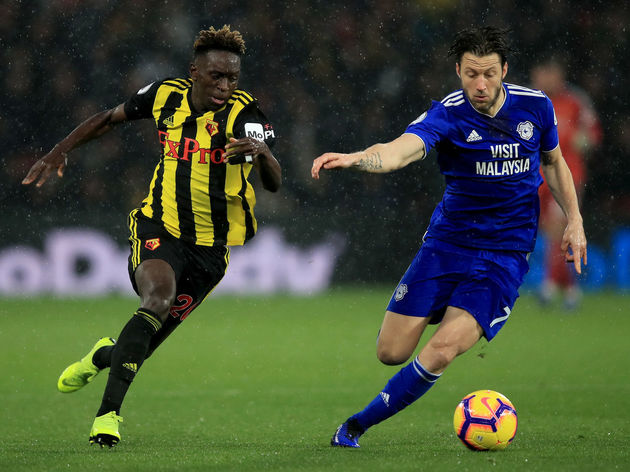 Quina scored a stunning goal on his ​Watford debut as his new side overcame Reading in the second round of the Carabao Cup in August.

He then became the Hornets' youngest ever ​Premier League goal-scorer when he found the back of the net in Watford's 3-2 victory over Cardiff, aged just 19 years and 27 days.