The summer headlines are likely to be dominated by potential transfers for Eden Hazard, Paul Pogba and David de Gea.

But do we really want six million updates that all say the same thing? Most probably not. What we do want is to here the latest ins and outs down in the east of London, with rumours, gossip and interviews the only thing to keep us West Ham fans entertained for the next couple of months.

So, without further ado, let's fill you in with some juicy info doing the rounds at the moment.

We'll kick off with another new face joining the West Ham ranks this summer. His name? David Martin. His position? Goalkeeper.

'We've already signed one of those' you might say. That is indeed true, but it's never a bad thing to have competition for places, and this is legendary defender Alvin Martin's son we're talking about!

The 33-year-old has ​signed a two-yea​r deal with the club, and will look to challenge Hammer of the Year Lukasz Fabianski, and fellow new signing Roberto for a starting berth. Though he most likely won't get it, it's nice to have a boyhood fan join the ranks. 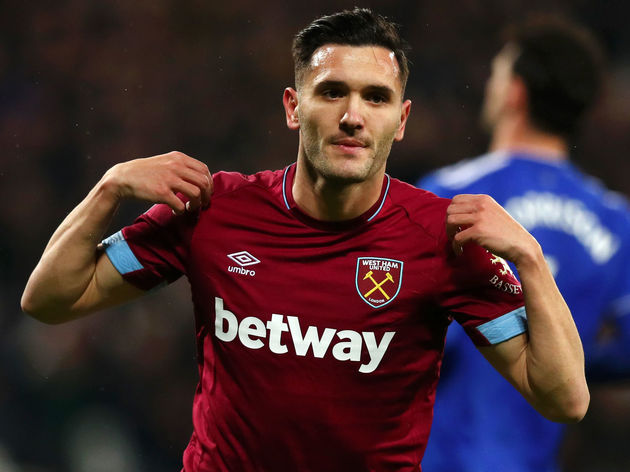 Not long to go it seems until £80,000 is freed up from the weekly wage bill. That's because striker Lucas Perez's move to Alaves is nearing completion.

He hasn't been the worst signing in the world, but it's been apparent from day one that he'll never really get a shot at becoming a leading figure for the club. As a result, ​Sky Sports' latest update on his future suggests that a €2.5m deal is in place, and Perez will complete the move subject to a medical.

The deal will include a 30% sell on clause, and more importantly, will allow us to reinvest elsewhere. Not a bad deal if you ask me. Reinforcements in central defence aren't necessarily our number one priority, but it's no doubt an area that we'll be wanting to strengthen with the uncertainty over Winston Reid's long-term fitness.

Over the past couple of months, we've been credited with an interest in Chelsea's Gary Cahill - with the Blues captain likely to be leaving Stamford Bridge at the end of his contract.

"I’m confident that potentially I might stay in the league but I want to wait and see, take the decision over the summer. I’ve got a lot of time to think about things and hopefully make the right decision. I can’t wait to get back playing next season. I’m looking forward to that."

Our brand spanking new kits are available for next season, and they are pretty damn tasty.

With a modern twist being taken on an iconic retro theme, we'll be looking sharp next season both home and away - ​and captain Mark Noble has told the ​club's official website that the boys can't help but be inspired by the new apparel.

“To wear this shirt, especially with the ​West Ham badge on it – it takes an honest player, hard-working, a player that leaves everything on the pitch and plays for the crest on the shirt.

“When you play for this Club, you join a family and players do realise that this is not just an ordinary Football Club, this is a great Football Club, with a great history, and the shirt represents just that."