West Ham winger Michail Antonio is targeting a return from injury in a month's time, despite an initial diagnosis of his hamstring injury suggesting he would be out until after Christmas.

The 29-year-old suffered a tear to the muscle during the Hammers' 2-0 victory over Newport in the Carabao Cup back in August, and has been out of action ever since.

We hope to see you back on the pitch soon, @Michailantonio ❤️ pic.twitter.com/8ee0Xjxlko

The Hammers revealed Antonio had undergone successful surgery in September, but he was not expected to return until the middle of December after undergoing rehabilitation.

However, ​Football Insider claim that Antonio has told friends that he should be back playing much sooner than originally thought, and he hopes to be in contention for first team selection at the start of November.

West Ham have enjoyed a promising start to the season, and Antonio's potential return would be a welcome boost as they target European qualification. Premier LeagueManchester City 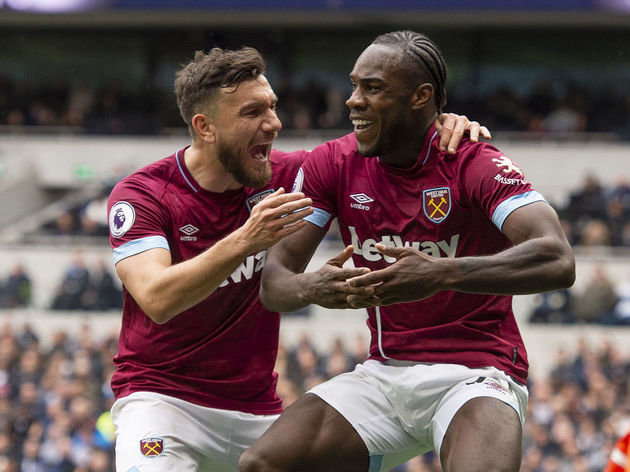 A 2-2 with Bournemouth at the Vitality Stadium last time out made it six games without defeat, having seen off Manchester United 2-0 at the London Stadium a week prior.

Antonio, meanwhile, has enjoyed a meteoric rise through the English footballing pyramid, after beginning his career at Non-League level with Tooting and Mitcham United. Within nine years of making his debut, the versatile star had been called up to the England squad by then manager Sam Allardyce.

This was to be the first of two international call ups for Antonio, though he is yet to be capped by the Three Lions.