​West Ham United forward Michail Antonio has acknowledged the positive impact that Manuel Pellegrini has had on the squad since taking over as manager in the summer.

The former Manchester City and Malaga boss has led the Hammers on a good run of form in recent weeks after a slow start to his time in charge at the London Stadium.

​West Ham lost their first four games of the season before finally getting off the mark in the Premier League with an impressive 3-1 away victory against Everton in September. A run of five victories in their last seven games has seen the Irons move up to eleventh in the table, just two points behind ​Wolves who are in seventh position.

Antonio has played a crucial role over the Christmas period for Pellegrini, becoming a mainstay in the starting eleven whilst the likes of ​Marko Arnautovic, Javier Hernandez and Andy Carroll have all missed games due to injury.

Speaking on West Ham's official website as quoted by ​HITC, the 28-year-old praised his manager for creating a great atmosphere at the club, declaring: "The boss says we need to think like we're a big team. 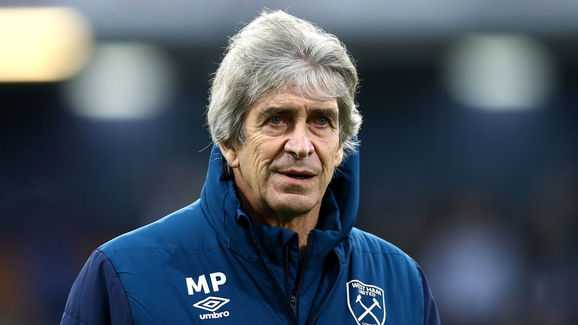 "He tells us that we shouldn't go into any games, even against the likes of Chelsea or against Manchester City, and try to draw those games.

"We are going out there to win every single time.

"We are believing that we are a big team, and that is down to the belief he is putting in us."

West Ham will be looking to win their fifth home game of the season on Wednesday when they face Brighton at the London Stadium in the Premier League.

The Hammers, ​who lost 2-0 against Burnley on Sunday, will be hoping that star striker Arnautovic can rediscover the form that he displayed earlier on this season to fire them to victory against the Seagulls.