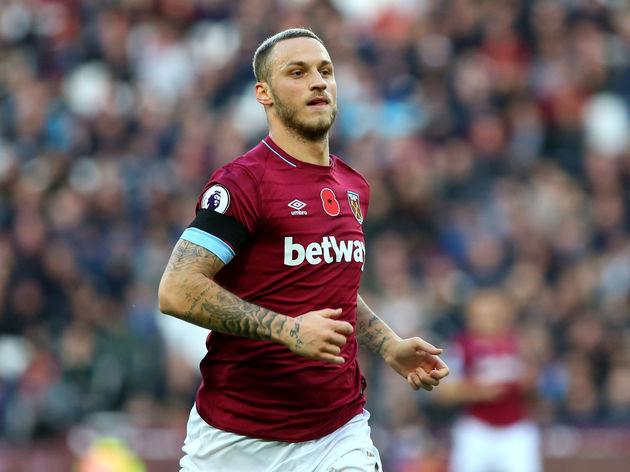 "He says he wants to leave West Ham and play in the Champions League and you can’t really blame him. He should be playing for a bigger club," Merson wrote in his column for the Daily Star.

"Arnautović is 29 years old and won’t have too many years of his career left to achieve what he wants, so it’s no surprise his agent is talking about him leaving. He’s good enough to get into the Manchester City team, at least as a squad player. And he would walk into Manchester United’s team.

"Arsenal? They would take him. Chelsea? Them too."

Surprise surprise. He's probably seen Shaquiri at Liverpool and wants some of that!!!.

Merson did, however, warn Arnautović against agitating for a move, owing to exceptional relationship with the West Ham fans, before suggesting that Jose Mourinho and Manchester United could come calling once more.

West Ham fans love him and have been very good to him. Don’t upset them.

"But I could see United coming back in for him in January. He’s someone who would take the load off Romelu Lukaku and I would have him in the team over Marcus Rashford right now. "West Ham will talk tough but they are in it to make money. If they can get £50-60m for him they would drop him off themselves. Maybe that’s why they’re trying to sign Samir Nasri."

The Hammers return to Premier League action against Manchester City next weekend, with Arnautović likely to be the focal point once more for Manuel Pellegrini's side.