​West Ham's season ended on a high this past weekend, with a 4-1 thumping of Watford securing a place in the Premier League's top ten.

The on-field action may be finished, but there are plenty of transfer rumours and other bits and pieces to keep you occupied. With that in mind, here's a round-up of the latest West Ham stories doing the rounds at the moment, including an update on Manuel Pellegrini's future and a potential return for Mohamed Diame.

Nothing in Pellegrini Exit Rumours Despite Rumoured Barcelona & Sevilla Links West Ham manager Manuel Pellegrini won't be leaving the London Stadium this summer - despite surprise rumours to the contrary.

The Chilean, who tasted Premier League glory with ​Manchester City once upon a time, has no intention of walking away from the Hammers after a year in charge. Reports in Chile had suggested that Pellegrini could return to Spain this summer, with Sevilla and even Barcelona mooted as possible destinations.

But ​MailOnline Sport claim that Pellegrini will honour his West Ham contract, refuting suggestions that La Liga beckons for the former Villarreal boss.

The news will no doubt please ​Hammers fans after a successful season that has seen Felipe Anderson flourish in his first season in England, and the emergence of Declan Rice on the international stage with England. No, don't rub your eyes. You're not dreaming and this is a real link. Surprising as it may be, full-back Arthur Masuaku has been linked with a London Stadium exit - to either

​Spurs are allegedly eyeing replacements for Danny Rose, who has long been linked with a north London departure, and Masuaku is said to have caught the eye of Mauricio Pochettino during the Hammers' recent win at the Tottenham Hotspur Stadium.

That's according to ​The Sun, who go on to claim that the Congolese defender is also on the radars of Borussia Dortmund and Fiorentina.

Masuaku has been rotated heavily at left-back with Aaron Cresswell, and although there is no suggestion that he wants a move, the promise of European football may whet his appetite for a potential switch. West Ham fans will remember Mohamed Diame quite fondly. He spent two seasons with the club, gracing the famous Boleyn Ground's turf between 2012 and 2015.

Well, he may be returning as it looks like the Newcastle midfielder is leaving St James' Park this summer - with an east end return has been touted for the Senegalese international.

The 31-year-old is still a capable Premier League player, and Manuel Pellegrini is most certainly in the market for more midfield stability after injury problems ruined Jack Wilshere and Carlos Sanchez's seasons.

Crystal Palace and Fenerbahce are admirers too, with Turkish publication ​Sabah reporting that the latter are, at this stage, favourite to snap up the soon-to-be free agent when his Magpies contract expires. Atalanta striker Duvan Zapata has been enjoying himself in Serie A this season, bagging 22 goals during a seriously impressive loan spell from Sampdoria.

He'll become a permanent member of their ranks this summer, with ​CalcioMercato 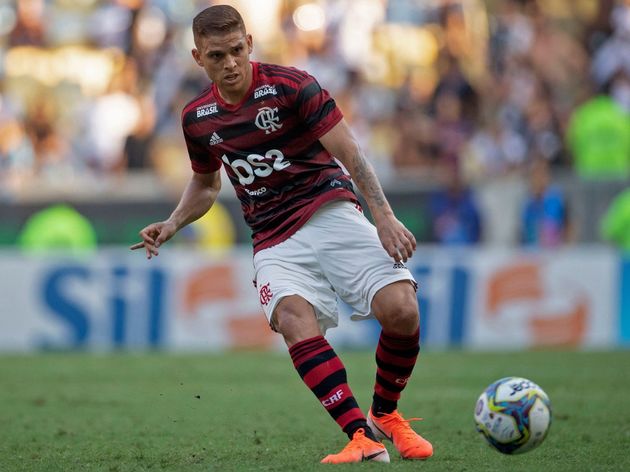 Gustavo Henrique Dando Choque claims an agreement is in place for a move this December,  in a deal that could cost around €30m.

Don't believe it? Nah, we're not sure either.