The Chilean oversaw a string of dismal results in recent months, with performances eventually convincing the board that a change in leadership was required to ensure the Hammers steer clear of relegation danger.

Many factors have contributed to West Ham's downfall, but few have taken as prominent a role as the dreadful displays of goalkeeper Roberto. The Spanish keeper came in to the side for the injured Lukasz Fabianski in October, having joined in the summer on a free transfer. 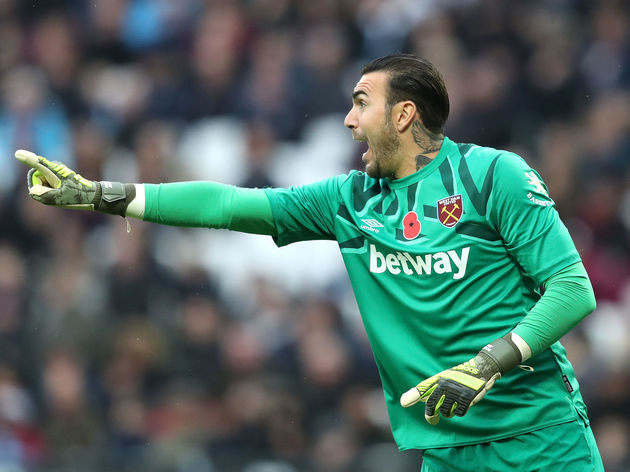 The 33-year-old made eight league appearances under Pellegrini, losing six times and failing to win a single game.

He has become a figure of fun at the London Stadium as a result, with supporters critical of his haphazard performances. But, according to the Mirror, it's Pellegrini's reluctance to criticise the former Espanyol goalkeeper, as well as his continued selection, that irked the Hammers board towards the end of his tenure.

It's claimed that after just one training session with Roberto, his teammates expressed grave concerns among themselves over the keeper's lack of ability, something that came back to fruition during matches.

Despite his disastrous form, Pellegrini refused to drop Roberto until it was too late, insisting that the Spaniard would eventually find form.

That feeling was shared by West Ham's director of football Mario Husillos, who surprisingly wanted the keeper to replace Fabianski as number one at the beginning of the campaign. Eventually David Martin stepped in to provide some respite for Hammers fans, but it was not enough to stop the rot as West Ham continue to sink down the ​Premier League table, now lying in 17th and just a point above the relegation zone.

Michail Antonio's Christmas Day accident, while dressed as a snowman, is thought to be another contributing factor to Pellegrini's demise - because of his lack authority and control over his players - as well as inability to get the best out of club record signing Sebastien Haller.