There has been another significant update in the Samir Nasri to West Ham saga, as reports have emerged claiming the club have offered the midfielder a six-month deal worth £80,000 per week.

It comes as the 31-year-old approaches the end of a doping ban picked up while playing in Turkey with Antalyaspor, and will be eligible to play for any new club from January 1 onwards. Having been training with the club over the last two months or so, it seems Manuel Pellegrini has seen enough of the former ​Manchester City and ​Arsenal midfielder to make a decision, as the ​Daily Mirror report that he has been offered a 'heavily incentivised' deal until the summer.

If he impresses in his initial spell in London, then he could earn himself renewed terms and extend his stay under his former manager for the years to come.

Pellegrini and Nasri last worked together at Manchester City, where they lifted the ​Premier League title in 2014, but Pellegrini was relieved of his duties two years later, shortly followed by the midfielder.

News of Nasri's arrival, if true, will come as a relief to ​West Ham fans as they have seen their squad ravaged by injuries so far this season.

In addition, Javier Hernandez and Fabian Balbuena are thought to be suffering from respective hamstring problems, so the experienced cover of Nasri could go a long way in their bid to clinch one of the European places. 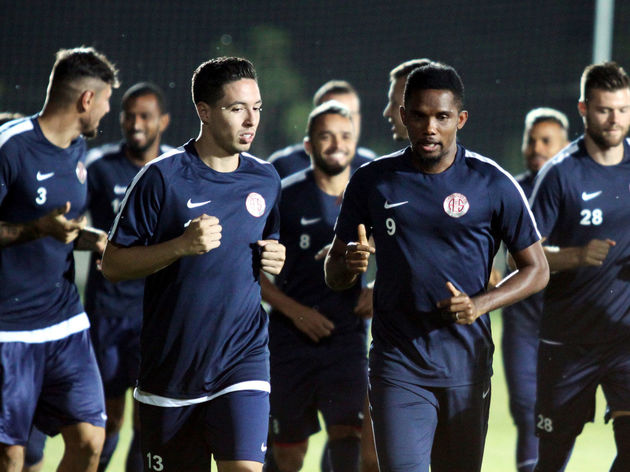 To that end, they remain one point behind seventh placed Everton after a Felipe Anderson double helped them ​sink a resurgent Southampton on Wednesday. They travel to Burnley on December 30th, before Brighton visit the London Stadium for what could be Nasri's debut on January 2nd.