​Samir Nasri's free agent move to West Ham is back on, with the midfielder being set the target of New Year's Day to show his fitness.

The Frenchman has been out of the game for a year after being caught in violation of doping regulations following the use of an intravenous drip treatment in Los Angeles. West Ham were considered to be wavering on their interest after Nasri came to them 'overweight' and lacking sharpness. 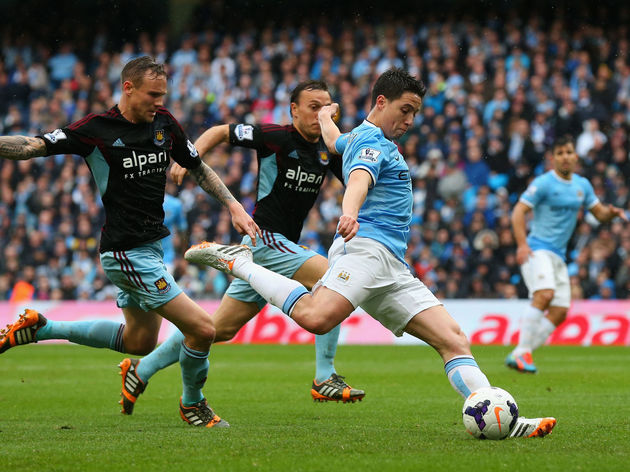 But, according to the Mirror, Manuel Pellegrini remains keen to sign his former Manchester City man, and has set him the target of 1st January to prove his worth in training. Should he do so, the 31-year-old could be in line for a mammoth £80,000 a week contract with the ​Hammers.

Nasri is still in the process of seeing out his ban, which doesn't end until the 31st of December, so he wouldn't have been able to play for Pellegrini's first team until its conclusion anyway.

The former France international has made 215 appearances in the ​Premier League, collecting 36 goals and 42 assists in collective spells with Arsenal and Manchester City.

It's always a good idea at first right? 

Here's nine footballers who appeared on reality television as we look forward to Harry Redknapp entering the jungle!  https://t.co/RvZJwkbhAz

Following a loan spell at Sevilla in 2016/17 - during which time he would receive the controversial drip treatment - the midfielder left the ​Citizens in August 2017, in a €3.5m deal to Turkish side Antalyaspor.

However, he made just eight appearances for the club, after swiftly being charged for his offences following the move. His contract was terminated on 31st January this year, and he has been without a club since.