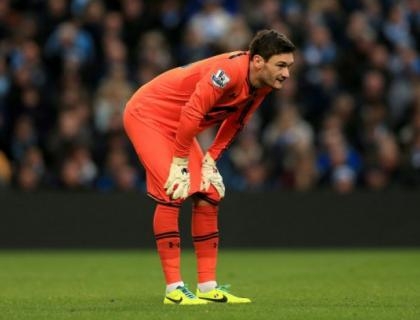 West Ham manager Sam Allardyce maintains he has enough to worry about with his own injury-hit side than what Tottenham might do following the sacking of Andre Villas-Boas ahead of their Capital One Cup quarter-final.


Tim Sherwood has been placed in interim charge at White Hart Lane after the north London club axed the Portugese coach on Monday.


However, with his own squad hit by injuries to the likes of England forward Andy Carroll, captain Kevin Nolan suspended and struggling for goals to pull them clear of trouble in the Barclays Premier League, Irons manager Allardyce is not about to lose any sleep over goings-on off the pitch for their opponents at White Hart Lane on Wednesday night.


"I have enough of my own problems with injuries and suspensions with games coming up rapidly to have too much concern about Tottenham other than what team I am going to play, how we are going to play and what we can do to combat them and get through to the semi-finals," Allardyce said.


"They had a very, very poor result against Liverpool and that ultimately resulted in them removing Andre Villas-Boas, which was a surprise to me.


"But whatever the situation is at Spurs, from our point of view they have got an excellent squad.


"So whatever team they turn out against us on Wednesday night is always going to be an exceptionally difficult game for us."


Allardyce added: "This is a less pressured game than has fallen upon us recently in the Barclays Premier League, so we have got to go out and give it all we have got.


"It is a one-off tie, so could be the end of your cup competition or you go to the exciting semi-finals in the new year.


"Hopefully our players will come out and give their all."


Villas-Boas follows the likes of Paolo Di Canio, Ian Holloway, Martin Jol and Steve Clarke out of work this season.


Given the huge financial incentives of success in the Premier League following the new broadcast deals, Allardyce is not shocked any more.


"The money is so big that the fear of losing that status of being in the Premier League and losing that revenue is so big now that it causes lots of thinking by owners of football clubs to try and make sure they continue with that type of revenue," he said.


"For Tottenham, it is probably more about budgeting for Champions League football and what that brings on top of what they have spent.


"The removal of managers at this level is probably the highest it has been in the entirety of the Premier League.


"You have to be well aware of that when you step through the door and sit behind the desk, it is all about winning and making sure your team lives up to the reality of where it should be with what is spent and the quality of players you have."


Hammers co-owner David Sullivan admits there is "deep concern" over the club's position in the Premier League table, just a point above the drop zone, but has faith Allardyce remains "the man for the job".


The Irons boss, 59, remains ever pragmatic.


"My particular situation will ease and will get better as long as we get our inured players fit, and our communication between the board of directors and myself with everyone at the club is clear and precise," he said.


"I am not saying that it wouldn't happen, but we are supportive in terms of trying to do something in January to help the players and try to bring back the injured players to get the squad back to where it was at the start of the season, which even if it didn't include Andy Carroll was a very good squad."


Tottenham will be without captain Michael Dawson and midfielders Paulinho and Sandro for the London derby.


Paulinho misses the first of three matches for his dismissal against Liverpool while Dawson is banned for one match and Sandro is expected to be out for around a week with a calf injury.