​Many people will think of Javier Hernandez, better known as Chicharito, as a classic goal scorer in the Premier League.

Most remember his days at Manchester United, where it seemed like every single game he was coming off the bench as a super-sub to save a game for the Red Devils.

The Mexican scored twice against Newcastle United at the weekend, and ​West Ham

All 47 of his goals in the Premier League have come from inside the penalty box!

With a 100% record of goals coming from within the 18 yard lines, he is only eclipsed by Australian international Tim Cahill (56/56 goals inside the box).

A goal that comes to mind that showcases ​Hernandez's tenacity in front of goal came against Aston Villa in November of 2012. Chicharito came on as a second half substitute in the 46th minute as United were down 1-0. A few minutes later, finding themselves down two goals, Hernandez pulled one back for the visitors.

Then, as the match was coming to the last few minutes, Robin van Persie stood over a free kick from about 30 metres out. He curled the ball in with his left foot, Hernandez beat his man to the near post and dove to head in the winner in the 87th minute.

The striker's run was brilliant, the finish was technically perfect, and ​United won the match by a score of 3-2 courtesy of a Javier Hernandez second half brace. 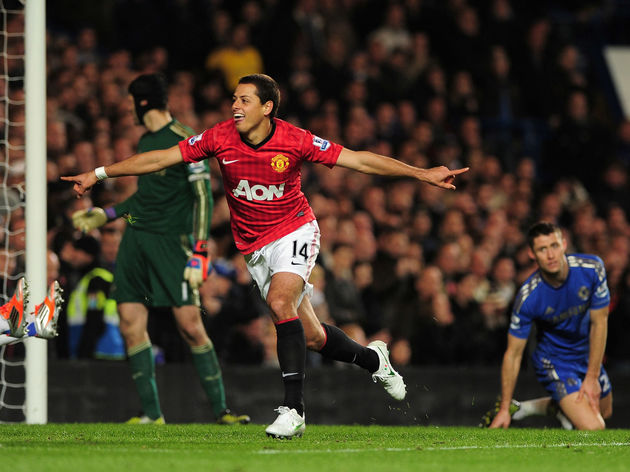 West Ham fans will be hoping that after his weekend double, that the London club can see a return to form for one of the Premier League's best ever poachers.