​I, like many other West Ham fans, sat back on Friday night and winced when Lukasz Fabianski clutched his hip and sat down on the turf at Bramall Lane.

The Pole had just taken a routine goal kick, but had immediately signalled to the bench that he had a problem after his follow through.

If they weren't, he's a better man than me - because I was crestfallen at the prospect of Fabianski being out for a lengthy period of time again. After a minute or so of treatment, he carefully made his way to the sidelines to be replaced by the reassuring sight - in the sense that it wasn't Roberto, possibly one of the worst goalkeepers in Premier League history - That's because, in his previous spell on the sidelines, West Ham were awful.

Those impressive numbers followed a 2018/19 season in which Fabianski faced the most Premier League shots and made the most saves - keeping out 72.41% of the 199 shots rained down on him. 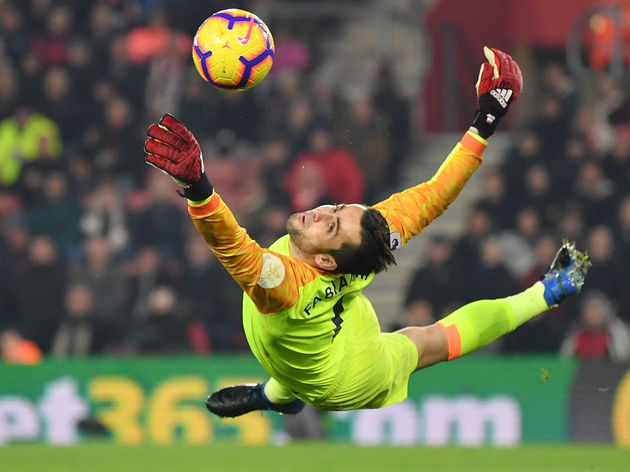 “I think last season he was one of the two or three best goalkeepers in the league. I hope, at the end of this season, we can say exactly the same for him, because the way he works, he deserves it.” ​Manuel Pellegrini, September 2019.

Analysing statistics is one thing, but breeding confidence is another. And it's no exaggeration to say that the former Arsenal goalkeeper - who once looked like he wouldn't make the grade in English football - exudes the kind of confidence you'd want in between the sticks.

His replacement, Roberto, on the other hand, was a whole different kettle of fish. He didn't do much wrong against Bournemouth, but against Sheffield United at the London Stadium, he was tentative. When he finally was axed, he'd played eight times and faced an absolute deluge of efforts on goal. Partly because West Ham were playing awful football, but partly because teams thought he had a mistake or ten in him. Of the 52 shots he faced, he kept out 35 - a save percentage of 67.31% - but made two mistakes directly leading to goals, and should have done better on at least five other occasions.

Miserable to say the least.

David Martin has fared better, but his mistake against Sheffield United highlighted again how much of a miss Fabianski is. We all know that he wouldn't have made that mistake, meaning the Hammers would have come away with a valuable point.

The good news - and this is exceptionally good news - is that Fabianski's injury is not as bad as first feared. He's likely to miss a couple of weeks of action at most, missing just the one league game in all likelihood.

3 & 0 - David Martin and Roberto Jiménez have made a combined three errors leading to a goal in 13 appearances in the Premier League this season, whereas Lukasz Fabianski is yet to do so in 10 games this campaign. Deputies. #SHUWHU pic.twitter.com/BJvNQcbORc

He could even be back for the rearranged game with Liverpool at the London Stadium. But what we do know going forward is that Fabianski is an indispensable member of this West Ham squad, and is one that the club can't just replace at a drop of a hat.

He single handedly wins the club points, changes the team's dynamic on the field and offers a calm, reassuring presence.​I said he'd be the real MVP