West Ham consolidated their position in the top half of the Premier League with a comfortable 2-0 victory against Newcastle at the London Stadium.

Declan Rice opened the scoring for the Hammers before captain Mark Noble assured that all three points would stay in East London with a confident penalty five minutes from half-time.

Although West Ham fans might have been on the edge of their seats as Noble stepped up to take the spot-kick, they needn't have worried about their captain's reliability as this stat from Opta shows. Mark Noble has scored 22 penalties in the Premier Leaguesince his debut in August 2005 - only Frank Lampard (36), Steven Gerrard (31), Sergio Aguero (24) and Wayne Rooney (23) have scored more in that period.

Noble, an excellent servant for the Hammers, finds himself in strong company alongside some Premier League legends in that statistic, but the tenacious midfielder has proven that he can more than hold his own from 12 yards out. 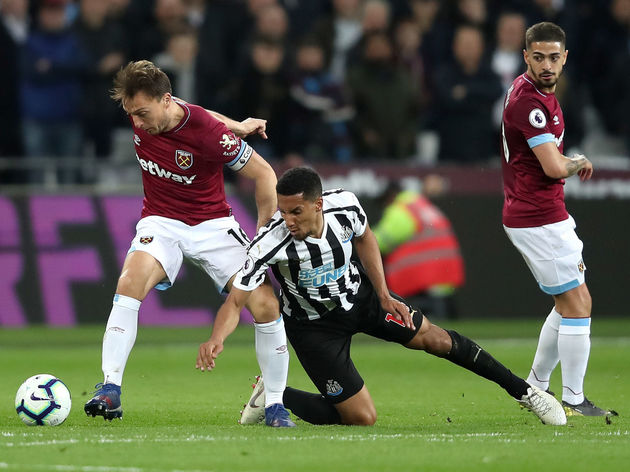 With consecutive matches against sides in the bottom three on West Ham's horizon, victory against Newcastlecould be the start of an exciting run for Noble and his teammates.