The State of West Ham: Overview of the Club's Current & Future Prospects as Football Takes a Break

​Well, this is a situation that none of us thought we'd ever find ourselves in.

Isolated from each other and cut off from the outside world, we're all now worrying about what's left on the supermarket shelves, rather than concerning ourselves about how the football club we support is getting on.

But during this time of pause, we do have an opportunity to reflect - on what's already been, what is still to come this season and what long-term plans may be in place.

So, with those sentiments in mind, I'm going to break all things West Ham down - so sit back, relax and immerse yourself in all things Hammers.

The State of Play 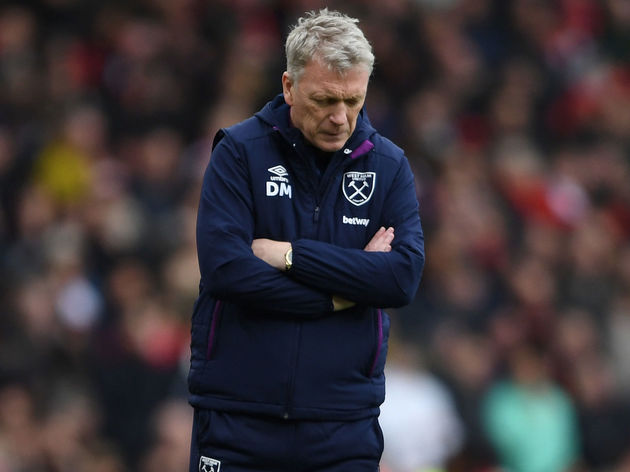 The Hammers have been in desperate trouble for a number of months now, with off-field issues also weighing heavily.

Out under the lights, things have been pretty miserable, despite a positive start to the season. Manuel Pellegrini has been replaced by David Moyes in the managerial hot seat, but the Scotsman is yet to oversee a change in the club's fortunes, despite some promising performances since he arrived in late December.

Sitting outside the relegation zone on goal difference, the club's Premier League future is precariously balanced as things take an unexpected pause - with a meagre 27 points on the board from 29 games played.

Recent form suggests the Hammers are up against it - just five points have been taken from their last eight Premier League games. A solitary win against Southampton has been the only positive since Bournemouth were mauled on New Year's Day, though the club's fixture list between now and the end of the season does offer hope. Whenever they next play a game of football, West Ham should have full-back Ryan Fredericks available after a shoulder problem.

He's not guaranteed to regain his place in the side immediately, though, with teenager Jeremy Ngakia impressing since usurping Pablo Zabaleta in the Hammers pecking order. Long-term injury concern Jack Wilshere is unlikely to feature again, with an unspecified time frame put on his return from hernia trouble, among other things.

For now, the club's training ground is closed, with manager Moyes self-isolating recently after coming into contact with ​Arsenal head Mikel Arteta, who tested positive for coronavirus prior to the postponement of all upcoming football.

The Premier League is scheduled to return in early April but let's face it, that's unlikely to happen. If we do get underway, at some point, West Ham have a further nine games to play out in their battle to stay up, with elimination from the FA Cup allowing them to focus on the task at hand.

Here's who they have to play and how we think they'll get on. 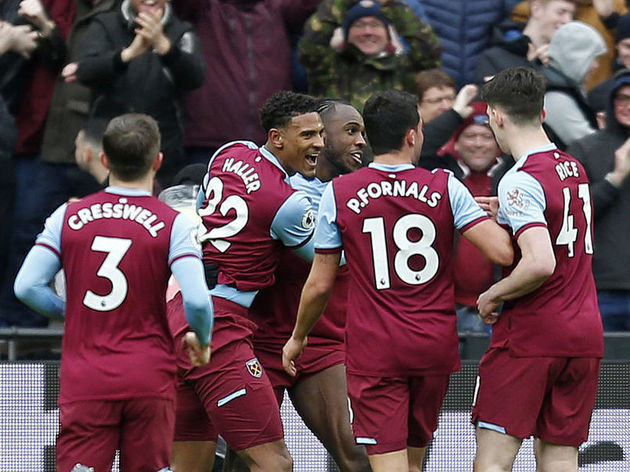 It really is going to be a nerve-jangling end to the season, with 27 points still up for grabs. Conceivably, West Ham can pull themselves out of trouble with four wins from their last nine games, but it's very much pie-in-the-sky to decipher who they'll beat along the way.

You feel that any of the games they still have to play are winnable (obvious thing to say, I know), as every side - perhaps Wolves and Manchester United (of late) aside - have had their problems over the course of the campaign.

One thing that West Ham must improve to survive is getting three points at home. They have won just four times at the London Stadium this season, which is the 18th best record in the division. Pablo Zabaleta and Carlos Sanchez are the only two first-team players out of contract this summer, with both set to leave the club.

Former ​Premier League winner Zabaleta is expected to return home or to the continent, while Sanchez, well, could end up anywhere.

Tomas Soucek, meanwhile, is currently on loan at the club, and West Ham do have an obligation to buy him from Sparta Praha at the conclusion of the season. But that condition is dependant on staving off relegation, so there's even more on the line for Moyes and co as he looks like a real class act. ​West Ham will no doubt have some irons in the fire - apologies for that awful pun - but realistically they need to concentrate all of their efforts on surviving.

Sending scouts out abroad is one thing, but if you're unsure of the calibre of player you should be looking at, you may be better off using some contacts to get a feel for where the club would stand, were they to go down.

The goalkeeping department is pretty secure now that Roberto has swanned off back to Spain, but improvements in central defence, at full-back and wide in midfield - despite the welcome arrival of Jarrod Bowen - is likely to be in West Ham's minds. 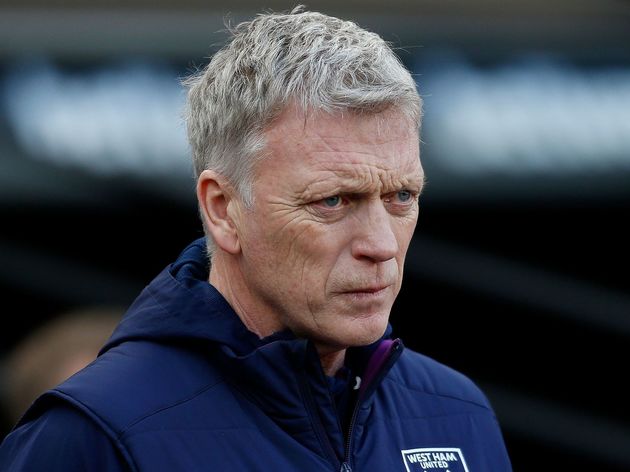 Unlike the Premier League big boys - who always seem to have some ongoing transfer saga going on - there's very little to speak of in terms of long-term targets.

Most players are bought in because they're needed to solve an immediate crisis, so this is probably something that West Ham would like to work towards, rather than something they have in place right now.

Instead, the club's ownership really need to get a grip of things and convince the fans that they are continuing at the helm for the right reasons. Protests, marches and the release of balloons are just three recent examples of demonstrations against David Sullivan, David Gold and Karren Brady - and it's unsettling for all not knowing which direction the club is currently going in.