​Ex-West Ham United defender Tony Gale believes Declan Rice should be playing at a higher level than that of his current club.

Rice received his first call-up by Gareth Southgate this week to represent England for the Euro 2020 qualifiers, just a month after switching his allegiance from the Republic of Ireland, and Gale has stated that Rice has what it takes to go to the very top of the game. 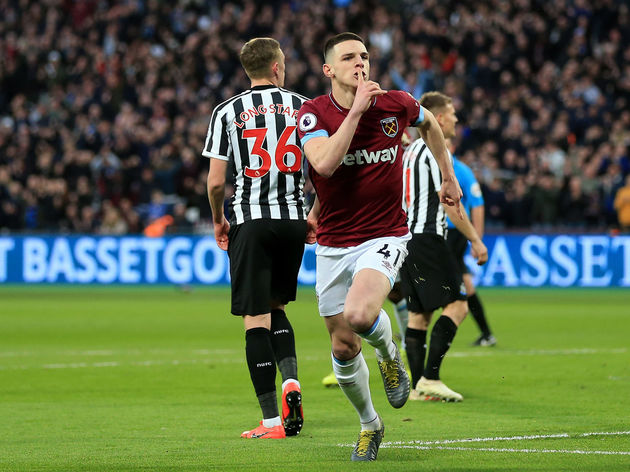 In an interview with ​Talksport, Gale said: “There has been people watching him already. The kid is destined to play higher.

“I can maybe see a season or maybe another season after that he’s going to be playing for a real top club."

After making his breakthrough as a centre-back last season, Rice has made 31 appearances for ​West Ham this season in defensive midfield and scored two Premier League goals for his boyhood club, attracting ​interest from clubs such as Manchester City, and Gale thinks his former club have it all to do to keep the 20-year-old.

"It’s going to be hard for West Ham to keep hold of him. But at the moment West Ham have got a great player on their hands," Gale continued.

The Hammers' hierarchy have publicly stated their desire for Rice's future to be in east London, with ​vice-chair Karren Brady challenging the English midfielder to emulate Mark Noble's loyalty to West Ham.

However, Gale is not the only other former Hammer to admit Rice might just belong at a level above West Ham, as Trevor Sinclar tweeted earlier this month: "Let's just enjoy him whilst he's here."

With an England cap awaiting him this month, the midfield enforcer is sure to be in high demand during the summer transfer window. West Ham are still in the running for the final Europa League qualification spots this season, but at this rate, it's looking like a matter of when, not if, Rice leaves the London Stadium.