​West Ham right back Pablo Zabaleta is planning to retire at the end of the current season after enjoying 15 years of professional football across England, Spain and Argentina, according to a report.

Zabaleta, who joined the Hammers from Man City in 2017, has been a familiar figure in the Premier League since his arrival in England from Espanyol back in 2008. He has amassed a total of 276 Premier League games over 11 seasons, and has won domestic and international honours including two Premier League titles with City and a Beijing 2008 Olympic gold medal with Argentina.

According to Catalan publication Sport, 33-year-old Zabaleta is likely to call it a day on his professional career at the end of the current campaign when his contract expires and return to Barcelona, where he and his wife have their family home. The report claims that Zabaleta "believes there is no better time than this to hang up his boots."

However, the speculation may surprise some with Argentine star enjoying an Indian summer under Manuel Pellegrini at the London Stadium.

After making just 13 Premier League appearances for Man City in 2016/17, the 58-cap Argentina international made 37 outings with West Ham the following season and has started nine times so far this campaign, after being reunited with former Citizens coach Pellegrini.

Zabaleta, who turns 34 in January, recently suggested that he could yet move to a new country for a final pay day, with the Middle East one option. 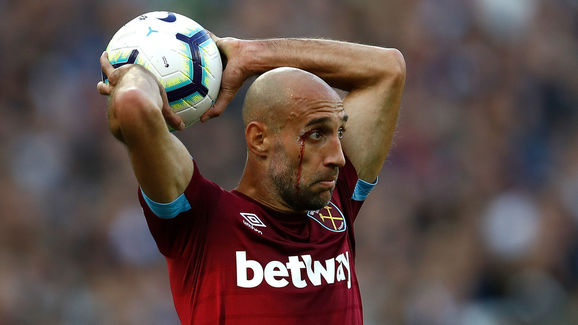 “At 34 I think it might be the right time to try something different, have a new experience," he said earlier this month, via ​The Sun.

“If I carry on playing in Europe, Italy is one of those leagues I haven’t played, but I have always been thinking about the Middle East.

“I know Pep did this and went to Qatar after playing for Barcelona and then moved into coaching. It would be nice to do that."