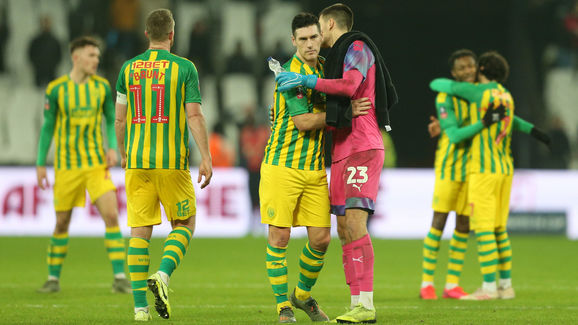 The Hammers made a triple change at half-time and fared slightly better after the break, thanks to the sense of urgency brought by Michail Antonio. The visitors offered further hope that West Ham could get back into the game, after Semi Ajayi was given his marching orders for two yellows with just under 20 minutes remaining.

But Manuel Lanzini and ​Mark Noble failed to capitalise on opportunities late on - the Hammers captain guilty of blazing over from 12 yards out - and West Brom saw the game out to hand Bilic a well earned win against the side that sacked him in late 2017.

Here's 90min's breakdown of the game.

​West Ham failed to provide a real threat towards the West Brom goal, lacking any kind of cohesion in their forward play. Sebastien Haller, again, was isolated up top, though Michail Antonio's introduction at half-time did inject some much needed dynamism.

FT: West Ham 0 West Brom 1. Embarrassing result. Embarrassing performance in an embarrassing stadium. Out of the Cup to lower league opposition in what is becoming one of the worst seasons in recent memory.

But ultimately, things weren't good enough from the home side. Considering West Brom made a number of changes, Moyes' side should have been on the front foot - but they were tentative, lacking in ideas and looked like a team fighting a relegation battle.

To sum up the performance, West Ham failed to register a shot on target in the first 70 minutes.

Despite only being introduced at half-time, Michail Antonio made the biggest impact of all the West Ham players on the pitch. He brought an energy and intensity in his attacking play, which contrasted to the team's overall laboured offensive output. 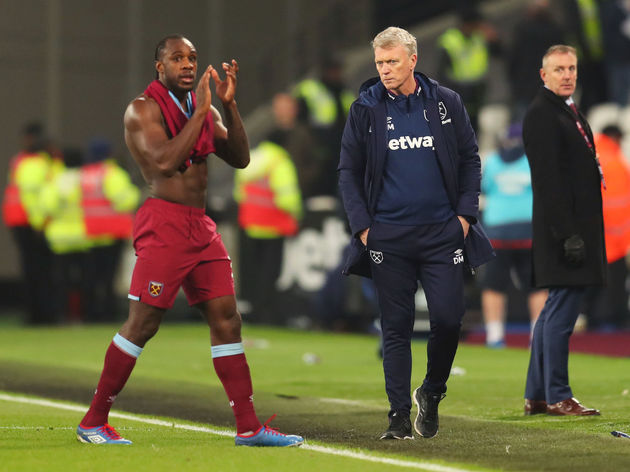 Lanzini was also able to have a greater impact in the second half, as the West Brom defence were preoccupied with the threat posed by Antonio. However, on his own, he was unable to drag his team back into the game.

West Brom looked far more effective in possession throughout the game. They moved up and down the pitch with a real sense of purpose, and created a host of chances to test Darren Randolph in goal.

Even after Antonio's introduction, the Baggies were largely comfortable in dealing with the limited attacking threat posed by West Ham.

Slaven Bilic's side looked well-drilled throughout the contest, passing the ball with precision and countering with impressive energy.

On show was a palpable contrast between the two sets of players, and in the end, the Championship side's determined and disciplined performance resulted in their progression to the fifth round.

Townsend's exquisite early goal​ turned out to be the match-winner. Intercepting a loose ball on the edge of the West Ham box, he fired a ferocious strike past Randolph in goal and looked full of confidence for the remainder of the game.

Solid in defence, he was willing to get forward whenever opportunities presented themselves - feeding off the self-belief clearly instilled in this side by Bilic.

His determined display not only yielded the winning goal, but also showed he may be capable of stepping up a level - though many will argue that West Ham's poor performance is not an indicator of whether or not he's top flight material.

Things don't look to be getting any easier for West Ham, with a horrific run of fixtures coming up. Two games in the space of a month against Liverpool await, as well as a visit to Manchester City in a couple of weeks time.

West Brom are back in Championship action against Cardiff in midweek, and will hope to use the momentum generated from this result to continue their promotion push. ​