Sebastien Haller broke the deadlock on 54 minutes, sliding the ball home off the back of some excellent West Ham buildup play. Patrick van Aanholt equalised from the spot for Palace following a Declan Rice handball.

Jordan Ayew took all three points back to Selhurst Park when the forward poked home from close range with only three minutes left on the clock – a goal which was initially ruled out for offside, but given after a VAR check. West Ham tried to fight back but the Eagles saw out the game to claim an impressive away win.

Whisper it quietly, but ​West Ham may have finally lifted their striker curse. Over the years, an incredible number of floundering, expensive forwards have come and gone from the London Stadium, but in Haller, Hammers fans' prayers have been answered. 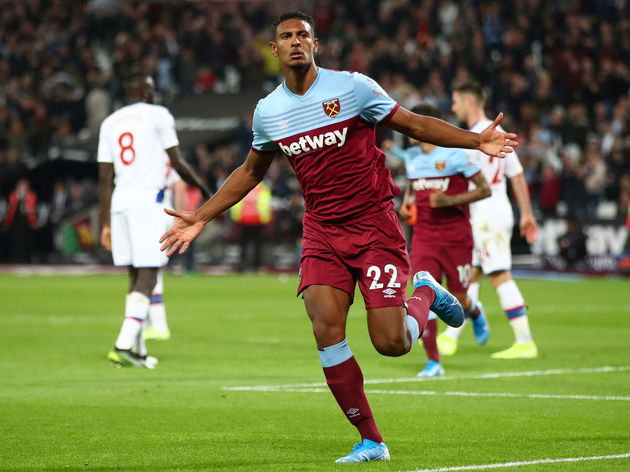 Haller is a difference-maker, and there's no doubt about it. The 25-year-old put in a brilliant performance as the focal point of his side's attack, and broke the deadlock with a lovely instinctive finish. It's taken over a decade of trying, but West Ham possess a striker they can firmly hang their hat on.

STAR MAN - This guy is ageing like a fine wine. ​Mark Noble is West Ham through and through, but its not just his loyalty to the London club that makes him a starter week-in, week-out for Manuel Pellegrini's side. The 32-year-old oozes genuine class in the heart of the midfield. The Hammers' captain put in a sterling performance in the centre of the pitch, dictating play and allowing the more attack-minded players to thrive ahead of him. Noble's role in West Ham's opening goal was crucial, and even after the Eagles equalised, Mr West Ham continued to drive his side forward.

Ah, VAR, you bloody tease. Jordan Ayew was left screaming to the heavens when his late winner was deemed offside by the referee's assistant. All seemed lost for the striker, who was seconds away from being substituted for the misfiring ​Christian Benteke. But VAR had other plans.

88: A lengthy VAR check was needed but Ayew puts us ahead!!!

With one finger to the ear, Michael Oliver held the entire London Stadium in the palm of his hand, as he waited patiently to hear the verdict from the powers above. Sure enough, Ayew was onside when he tucked the ball away, and Oliver sent the traveling fans into delirium, overturning the decision and handing the three points to ​the Eagles.

VAR has its advantages, eh?

STAR MAN - What a save this man pulled off in the first half. bestSaturday 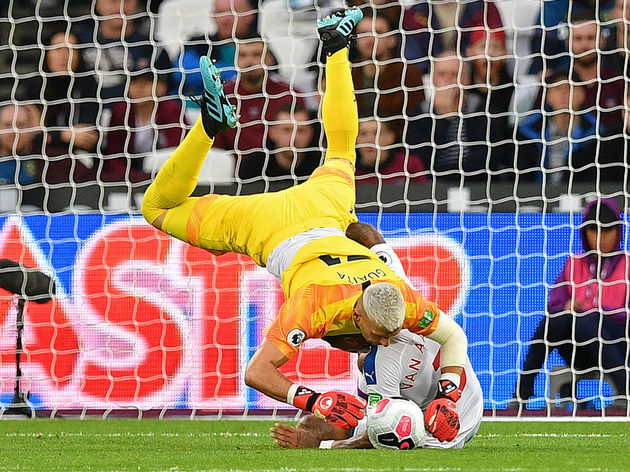 head into half-time with the scores level, but Guaita was the sole cause of the Hammers' woes. The Spanish shot-stopper made a brilliant reaction save to prevent Haller opening the scoring, and continued to impress throughout the match.

The Eagles really have a star on their hands here.

West Ham will be desperate to get back to winning ways when they travel to Goodison Park to take on Everton after the international break.

Hodgson's men keep rolling on, and Palace face their toughest task of the campaign so far when they host Premier League champions Manchester City.